After months of speculation, it’s finally happening. Borussia Dortmund talisman Erling Haaland will join Man City this summer, with the announcement expected this week. The Norwegian had been heavily recruited by other European giants as well, most notably Real Madrid, but Haaland has decided to take his talents to the Premier League.

Of course, Pep Guardiola’s side has been operating without a true striker since Sergio Aguero left. While they’ve still managed to score their fair share of goals, bringing in a No. 9 who is one of the most clinical finishers on the globe will surely pay off. Man City are already a contender each and every year for the Premier League title and will likely win another next weekend unless they slip up.

But the problem is, City has failed to end their Champions League curse. The English giants made the final last year and lost to Chelsea, then were on the brink of heading to the showpiece again last week until Real Madrid completed a shocking comeback and eliminated the favorites.

Haaland will make this club better in a variety of ways but more importantly, he is the missing piece to the Citizens finally lifting the most prestigious piece of hardware in club football.

Here are 3 reasons why.

Erling Haaland was born in Leeds and his dad played for Man City during his own career. It’s hard to predict a young player coming to arguably the best league in the world and immediately making a huge impact, but Haaland is capable of just that. He just scored 85 goals in 88 appearances for Dortmund and never showed any signs of slowing down. Sure, he dealt with a few different injuries, but when healthy, the Norway international was nothing short of spectacular for the Bundesliga outfit.

The reason Haaland will flourish in the Premier League is because his skillset is made for England. The 21-year-old is big, physical, and fantastic in the air, plus he’s extremely quick and can outrun most defenders in Europe when he has space. Also, the youngster is unselfish and very capable of laying on assists. The Champions League is a competition Haaland has absolutely dominated as well, scoring 10 times in eight appearances in 2020-21. This season, he also bagged three goals in three outings, missing the last three games of the group stages due to injury. Haaland steps up to the plate and delivers when the stakes are highest and that’s exactly what Man City needs when they get into the latter stages of the UCL next season.

Man City uses a flurry of different players to operate as a false nine. Jack Grealish, Raheem Sterling, Phil Foden, Riyad Mahrez, and others. Although the Citizens typically score quite a few goals, in Europe, they weren’t as clinical. the side barely scratched through the quarterfinals, winning 1-0 across two legs against Atletico, then didn’t score until late in the second half in the stunning defeat to Real Madrid. Haaland gives Pep a reliable finisher who rarely stops scoring goals.

Since breaking onto the scene with Salzburg a few years back, Haaland has continued to find a way to produce in the final third. Nothing against Dortmund, but they’re simply not Man City. This squad is jam-packed with world-class talent who are phenomenal playmakers. Kevin De Bruyne is arguably the most gifted attacking midfielder in Europe and will be licking his chops at the thought of putting goals on a platter for Haaland. Then there are others like Grealish. He had a rocky first season at the Etihad, but he is a top-class creator and should be able to provide Haaland with tons of opportunities.

Putting Erling Haaland in a team like City is absolutely frightening. We’re talking about one of the best strikers on the planet having countless players looking to get him involved as much as possible. It’s a match made in heaven.

Haaland will flourish under Pep

Guardiola is known for developing some of the best strikers into top, top talents. Robert Lewandowski thrived under Pep at Bayern in his early years and now he scores goals for fun and will likely win the Ballon d’Or. Sergio Aguero meanwhile is up there as one of the most prolific forwards the Premier League has ever seen. Guardiola made both of these players into absolute killers up top and the same will happen with Haaland.

The Norwegian has never played for a manager like this. Pep is going to take Haaland’s game to another level, which is scary to think. How much better can he really be? At just 21, his best years are still ahead. Guardiola is one of the most successful managers around and knows exactly how to get the most out of his players. It will be no different with Haaland.

Man City could finally end their Champions League failures. Erling Haaland is the answer and it will be thrilling to watch him score goals in a Sky Blues shirt in 2022-23. 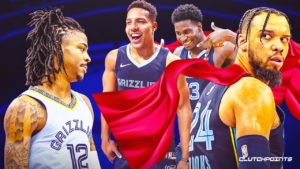