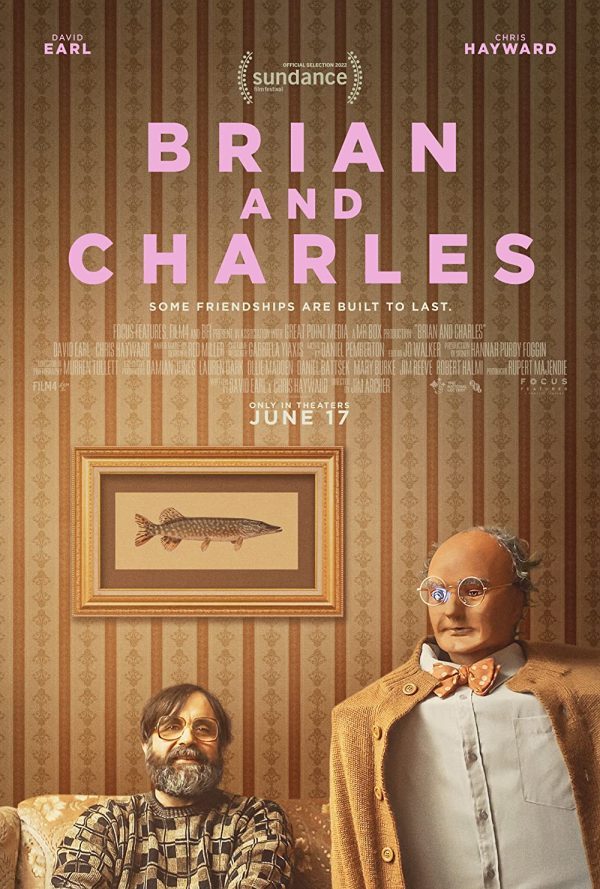 An endearing outlier, Brian lives alone in a Welsh valley, inventing oddball contraptions that seldom work. After finding a discarded mannequin head, Brian gets an idea. Three days, a washing machine, and sundry spare parts later, he’s invented Charles, an artificially intelligent robot who learns English from a dictionary and proves a charming, cheeky companion. Before long, however, Charles also develops autonomy. Intrigued by the wider world — or whatever lies beyond the cottage where Brian has hidden him away — Charles craves adventure.

Quirkiness can only carry a movie so far. That mileage for Brian and Charles is further reduced when one considers that director Jim Archer (using a script from David Earl and Chris Hayward) sticks to a standard, generic formula regarding a lonely human developing a friendship with a man-made robot. The look of Charles, the titular robot, is amusing as it’s constructed with a washing machine for a torso hidden underneath various outfits and an elderly mannequin face. A glowing, mechanical blue eye also tops off the visual creation. Unsurprisingly, comedy is primarily derived from the robot integrating himself into the world (endearingly voiced by co-writer Chris Hayward), first striking a bond with his creator Brian (played by co-writer David Earl with the right amount of charming strangeness) and then itching to interact with the rest of society.

Unfortunately for Charles, there’s not much to explore as Brian lives a life of remote isolation, keeping to himself and crafting all sorts of wacky inventions. In some ways, his random gadgets are more clever and refreshing than the typical robot shenanigans, especially since, by design, the purpose for some of them doesn’t make sense. For example, one appears to be a water bottle attached to a plunger. You tell me how that makes sense. Still, it gives Brian a sense of wonder as a character. Some of his contraptions eventually come in handy, also providing laughs. Charles comes with perhaps the most significant function, solving Brian’s loneliness. There is also more to it, as Brian is insecure and seemingly ashamed of his harmless oddball behavior and oblivious to the fact that one of the locals, Hazel (a sweet Louise Brealey), has a crush on him for his weirdness and handiness. While messing around and learning from one another, Brian and Charles grow closer (accompanied by some pleasantly cheesy needle drops during montages). However, it’s not long before Charles craves more (specifically, he wants to travel to Honolulu after viewing a tantalizing television advertisement).

There is also much unsaid about Brian’s past and what has led to his depression and isolation. More frustratingly, the script doesn’t seem too concerned with diving deeper into Brian as a character or even the negatives from a friendship with artificial intelligence rather than a human being. Instead, local bullies are introduced, setting the stage for some forced drama and playful action beats that feel like a copout from addressing whatever the film wants regarding mental health. Brian and Charles stays whimsical and with occasionally funny moments until the end, but that’s not necessarily what’s best for the third act during a film that is already going through predictable motions.

Robert Kojder is a member of the Chicago Film Critics Association and the Critics Choice Association. He is also the Flickering Myth Reviews Editor. Check here for new reviews, follow my Twitter or Letterboxd, or email me at [email protected]