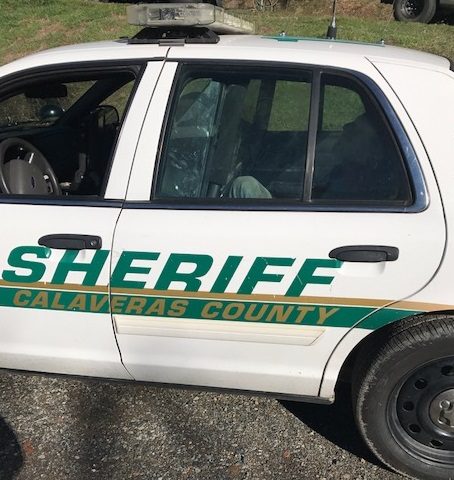 Mokelumne Hill, CA — A home burglary in Mokelumne Hill led to two suspects’ arrests in Valley Springs, and their accomplices’ apprehension thanks to an ankle monitor.

A neighbor called 911 on the night of July 27th to report seeing a flashlight moving around inside a residence located in the 11000 block of Highway 26 in Mokelumne Hill that should have been unoccupied. An investigation was launched upon the arrival of Calaveras Sheriff’s Deputies, and evidence was gathered with an estimated $12,500 in items taken from the residence.

The next evening, a suspicious vehicle was parked in the 1300 block of Country View Lane in Valley Springs, and its fake license plate caught the eye of a deputy. It led investigators to 31-year-old Chelsea Bonner of Valley Springs and 38-year-old Jonathan Sullivan of San Andreas. A search uncovered a washer and dryer that were taken from the Mokelumne Hill burglary, along with methamphetamine and an “air soft BB pistol” altered to look like a real firearm. Sullivan was arrested for felony possession of the stolen property and a controlled substance, and forging or altering a vehicle registration. He is being held without bail. Bonner was also taken into custody for felony theft of property and drugs. Her bail was set at $45,000.00.

Then, on the night of August 1st, deputies again responded to the same home in Mokelumne Hill for a report of another vehicle parked suspiciously. Its description fit the vehicle of 38-year-old Timothy Lee Potts of Valley Springs, who was known to deputies as he was on probation. His ankle monitor history put Potts at the burglary site for the initial break-in, and he returned in August. Using the monitor, deputies were able to pinpoint Pott’s exact location in the 3000 block of South Petersburg Road in Valley Springs. He and another suspect, 33-year-old Rachel Down Patterson of Colfax, were arrested.

Potts and Patterson face felony conspiracy to commit a crime and trespassing (misdemeanor). Due to the probation violation, Potts is also charged with a probation violation and being held without bail. Sheriff’s officials advised that due to the ongoing nature of the investigation, there is no further information.