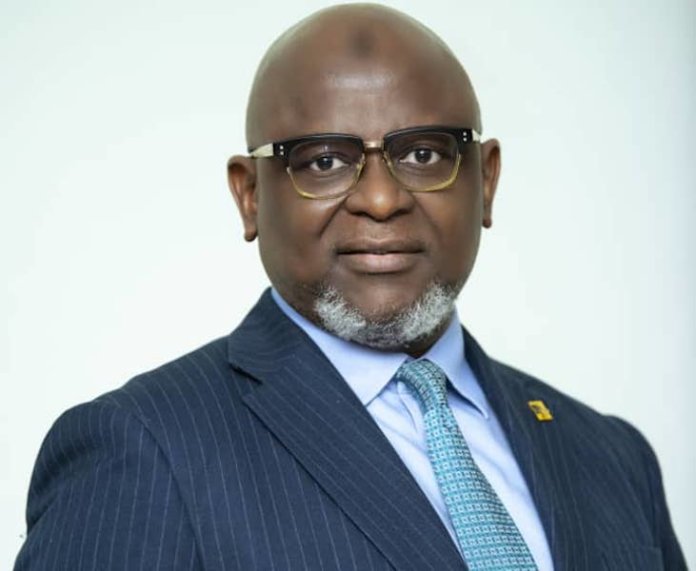 One week after the release of the first quarter 2022 financial results of the nation’s oldest bank, First Bank Nigeria Limited, analyses of the bank’s impressive performance, which is described as an affirmation of its successful rebound still dominate discussions in the media, writes Adedayo Ayuba

Having whetted the appetite of its stakeholders including shareholders, customers, and regulators with its impressive performance in its 2021 full-year results, First Bank Nigeria Limited, the banking arm of FBN Holdings Plc has affirmed its return to solid profitability with a repeat performance in its first-quarter 2022 results.

Most Efficiently Run Bank
Investors in the bank were busy counting their gains from the bountiful returns from last year’s results when the bank released that of its first-quarter performance with all the indices of a bank ready to reclaim its leading position in the nation’s banking industry.

Perhaps, one of the indices of the bank’s robust turnaround was its ranking as the first among the nation’s Tier-1banks with the smallest cost to income ratio.
In a ranking conducted by Nairametrics for instance, First Bank ranked number one among banks reviewed as far as cost to income ratio was concerned. First Bank recorded the highest decline in its cost-to-income ratio in Q1 2022, dropping from 79.5% recorded in Q1 2021 to 67.03% in the review period.

The cost-to-income ratio is a key financial metric, which shows a company’s costs as a proportion of its income. It helps to give investors a clear view of how efficiently a bank is being run. Specifically, it shows how much input the bank requires to generate N1 of output.
Notably, the lower this ratio, the more profitable, productive, and competitive the bank will be. Here are the banks with the lowest cost-to-income ratio

1Q 2022 Results
Analysts said FirstBbank’s results for the first quarter of the year have justified the rising confidence of its stakeholders, especially the shareholders who are showering commendations on the management for a job well done. It was a good show in virtually all its performance metrics, a development they attributed to the NPL improvements which restored investors’ confidence. And success with NPL means the quality of assets is bound to rise.

To show the bank was in a serious business of lending, its customers’ loans and advances (net) totalled N2.999 trillion, up by 5.8 per cent, year-to-date as of December 2021, which was put at N2.835 trillion, while customers’ deposits were N5.9 trillion, as against N5.6 trillion in the first quarter of 2021, a 5.4 per cent increase.
An analysis of the bank performance gleaned from the group Q1, 2022 results showed that its exposure to bad loans has substantially reduced given the fact that the amount set aside as impairment charges has come down from N13.175 billion in the first quarter of 2021 to N8.75billion in 1Q 2022.

Adeduntan: Our Drive for Profitability, a Permanent Thing
To show that the impressive performance was not an accident, Chief Executive Officer of FirstBank Group, Dr. Adesola Adeduntan, expressed the resolve of the management of the bank to use the current good performance to make its drive for profitability a permanent thing.

He said, “At FirstBank, we have historically been interwoven with the fabric of this nation with a full-service commercial banking offering catering to every segment of the economy. We believe we are now in a good position to translate

this unique revenue-generating potential into improved bottom-line performance.
“Our first-quarter results demonstrate that we have commenced our journey of Quantum Profitability Leap in earnest with profit before tax doubling to N34.1 billion as the Bank begins to reap the dividends of the successful restructuring of its balance sheet, revamped risk management, robust technology, and innovative service offerings.”

The bank’s CEO also spoke on the development of its risk management capabilities, saying “ Our gross earnings are also up 33.0% YoY to N170.4bn and Net Interest Income up 42.1% YoY to N72.9bn. Furthermore, our strengthened risk management capabilities equip us with the ability to mitigate any negative effect of headwinds which may materialise given current macro-economic pressures.”

Adeduntan stressed the determination of the management of the bank to explore the potential of First Bank’s large network in consolidating the current impressive runs.
“Looking ahead, we will continue to maximise all opportunities presented by our large network, and support our customers with innovative value-adding solutions through these uncertain times while investing in strengthening our digital banking offerings to deliver a better customer experience.

Shareholders’ Endorsement
Some shareholders of the bank commended the management for successfully shedding the burden of non-performing loans and for consolidating the modest gains in last year’s performance as evident in the first-quarter results.

According to them, the outstanding results for the bank’s full-year 2021 is an appetiser to the first-quarter 2022 results and that the repeat of impressive results for the first quarter did not only show the consistency of its restructuring but that it demonstrated the fact that the recovery is real.

Speaking for a large spectrum of the shareholders of the bank, the founder and pioneer national coordinator, Independent Shareholders Association, Chief Sunny Nwosu, said the management of First Bank deserves praise for working the bank back to profitability and a clean loan book.

He believes the ability of the FBN Holdings, the parent company, to significantly cut the exposure to non-performing loans to 6.1 per cent showed that the bank has shut the door against future delinquent debtors, a development he said will consolidate the bank.

Nwosu said many of the shareholders were pleasantly surprised first, by the performance in the 2021 full results, saying the first quarter 2022 results came as a confirmation of the readiness of the bank to take its leadership position in the nation’s banking industry.

“Considering all the provisions they had made in the past two years and for them to have come out clean shows it is not a bad result and for them to have agreed to pay 35 kobo dividend to shareholders, it is encouraging because most shareholders did not know the company was going to pay anything, especially with all the challenges going on in the economy.

“We are indeed excited that they have been able to bring down non-performing loans which means they will have more money to do business with and I’m quite sure they will be more careful this time when it comes to giving out loans,” Nwosu stated.

Reaping from Purposeful Leadership
Analysts argued that the turnaround in the fortune of First Bank didn’t come overnight, explaining that it took the resolve of committed management led by Dr. Adeduntan to return the culture of excellence and professionalism to the bank.

For instance, it has been observed that the current leadership has been instrumental in building stakeholders’ confidence and trust in the bank’s financial viability. Analysts are quick to point to the bank’s consistent improvements in its Non-performing Loans (NPL) ratio and position.

For a bank that has been burdened by non-performing loans, it came as a great relief to both the shareholders and the regulatory authorities that for the first time in a long while, First Bank’s NPLs came down to 6.1 per cent, significant progress for the bank when compared to other Tier 1 banks and the regulatory threshold of 5.0per cent.
Analysts also attributed the significant fall in the NPL rates from 40 in 2016 to 6.5 per cent in 2021, to a new culture of corporate governance currently in place in the group and which has successfully revamped the company’s risk management capabilities.

Maintaining Fairly Manageable NPL Ratio
It is interesting to note that amidst the huge pressure placed on Nigerian banks by the prevailing sluggish economy, what the management of First Bank did was diversify its loan books and maintained a fairly manageable Non-Performing Loan (NPL) ratio.

This is because the percentage of non-performing loans in Nigeria reflects the health of the banking system. A higher percentage of such loans shows that banks have difficulty collecting interest and principal on their credits. That may lead to less profits for the banks in Nigeria and, possibly, bank closures.
First Bank recorded the highest NPL ratio in four years with 24.7 per cent in 2018 which dropped to 9.9 per cent, 7.7 per cent, 7.2 per cent in 2019, 2020, and 6.1 per cent in the 2021 full-year results.