“If you break down our crew, who really beating us?” - bdsthanhhoavn.com Skip to content 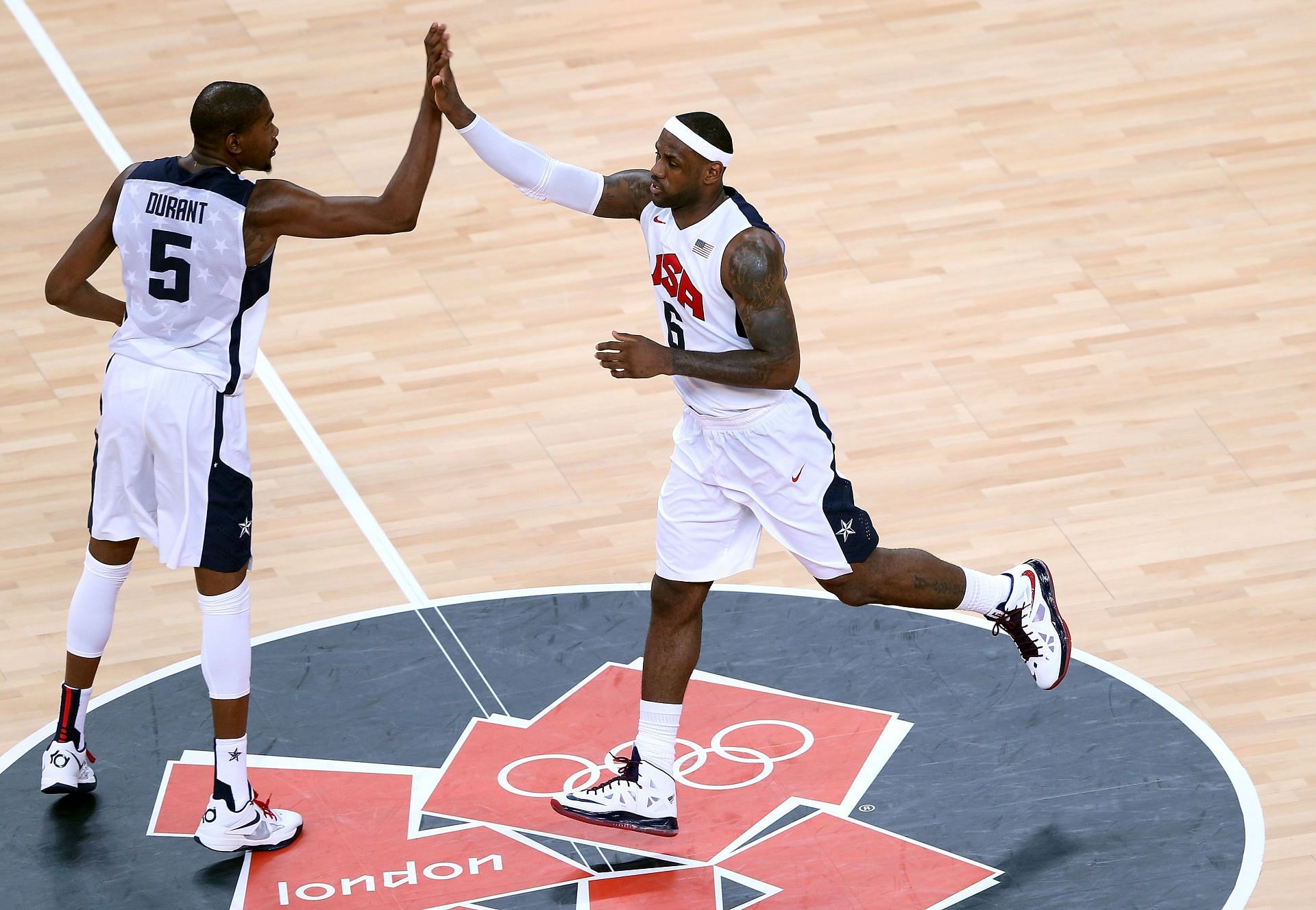 Andre Iguodala was fortunate enough to be a member of the 2012 United States men’s Olympic basketball team. The forward, who played for the Philadelphia 76ers then, recently spoke about this incredible team.

The Olympic team representing the United States at the 2012 Summer Olympics in London went 8-0. They beat their opponents by an average of 32 points during the tournament.

Iguodala recently spoke to Evan Turner, a former NBA player, about this basketball team and whether it’s the greatest team ever assembled. Here’s what the four-time NBA champion said on the “Point Forward” podcast:

“A guy on this team I was able to be a part of said, ‘Why would we not consider ourselves the best team of all time? If you break down our crew, who really beating us? And why shouldn’t we have that type of confidence when we go out here and play?'”

Andre Iguodala admitted that this mentality affected him positively, which is why he believed he was on the best team of all time.

“This was early on, and I had a different type of energy about me when I played. I’m like, ‘I’m on the best team of all time,'” the Olympic gold medalist said.

The United States has had many incredible basketball teams, from the Dream Team to the Redeem Team. However, the team that represented the country in London will always be special to Iguodala.

Andre Iguodala’s opinion that the 2012 Olympic team was the best of all time is reasonable. The team had many all-time greats in their primes, including LeBron James, Kevin Durant and Kobe Bryant.

The team also featured Carmelo Anthony and Chris Paul. The team broke numerous records, and their 156-73 victory over Nigeria was impressive.

Many fans and analysts consider the Dream Team, who played in 1992, the greatest team ever assembled. The team had Michael Jordan, Magic Johnson, Charles Barkley and Larry Bird.

The Dream Team also went 8-0 in the tournament, their average margin of victory was an impressive 44 points.

Andre Iguodala’s performance in the Olympics

Andre Iguodala was chosen for the 2012 US Olympic team primarily due to his defensive skills and versatility. He played in all eight games and averaged 4.3 points, 2.8 rebounds and 1.4 assists per game.

Iguodala was the most efficient scorer on the team, converting 70% of his shots. His 3-point shooting percentage was also the highest on the team, 55.6%.

Iggy’s best performance during the tournament came in a 126-97 victory over Argentina. The versatile forward had 13 points on 6-for-9 shooting, nine rebounds, two assists and a steal.