Each week, we scour the internet for all things indie MMO-related so you don’t have to. This week, we have a big round of end-of-month updates, a successful Kickstarter, someone is going to the Brasil Game Show, and I almost forgot to add website links again, but remembered it at the last second. There’s a bunch of other stuff, too, so let’s quit wasting time and get started with this week’s Indie MMO Spotlight.

Are you a fan of reading patch notes but think developers still aren’t sharing all the changes they make to their game? Then head on over to the Book of Travels Tech Blog where they detail all of the exciting things their coders get to work on. Like “Removed Quickbrush” or “Error messages are printed in bright red now.”

Since the most recent update (5.26) there has been some grumbling in the community about poor in-game performance. On Tuesday the devs posted a letter on the Chimeraland Discord apologizing for the rushed deployment and assured the community they are working on the issue. They provided login rewards for the remainder of the week to say sorry.

The next big update rolls out on June 9th. Along with hopefully fixing the performance issues, the update will bring the first round of server merges and the addition of dinosaur beasts to the game.

The Cycle: Frontier releases on June 8th. In advance of the release, Yager shared the first episode of a new video series titled “The Cycle: Frontier in 60 seconds”. The series will cover the basics of gameplay, and this 89-second video gives a brief overview of a typical prospecting run.

For anyone struggling with proper definitions and unwilling to waste 10 minutes of their day to look it up, forum member Kyleran calls The Cycle: Frontier a “free for all, full loot, PvPvE FPSer with 20 person matches held in 20 minute time blocks, with some survival aspects tossed in. Sounds more like a fancier BR/survival hybrid than anything else.” Or, as we here at MMORPG like to call it, an MMO.

Novaquark dropped the third episode of their Ask Aphelia video series this week. This episode covers the Warp Drive LUA API, the future of PvP, and other assorted topics. If you have a question you’d like answered in a future episode, there is a submission form you can fill out.

The migration of Ember Sword assets from Polygon (MATIC) to Immutable X is set to begin on June 8th. If you own any assets and aren’t sure what you are supposed to do, Bright Star Studios posted a handy guide to explain what you need to do.

The Embers Adrift State of the Game newsletter for May just arrived in my inbox. The top story is the increase in server availability. The servers will now be open from Friday Noon CT until Tuesday Noon CT. There’s also a new zone to explore, Redshore Forest. 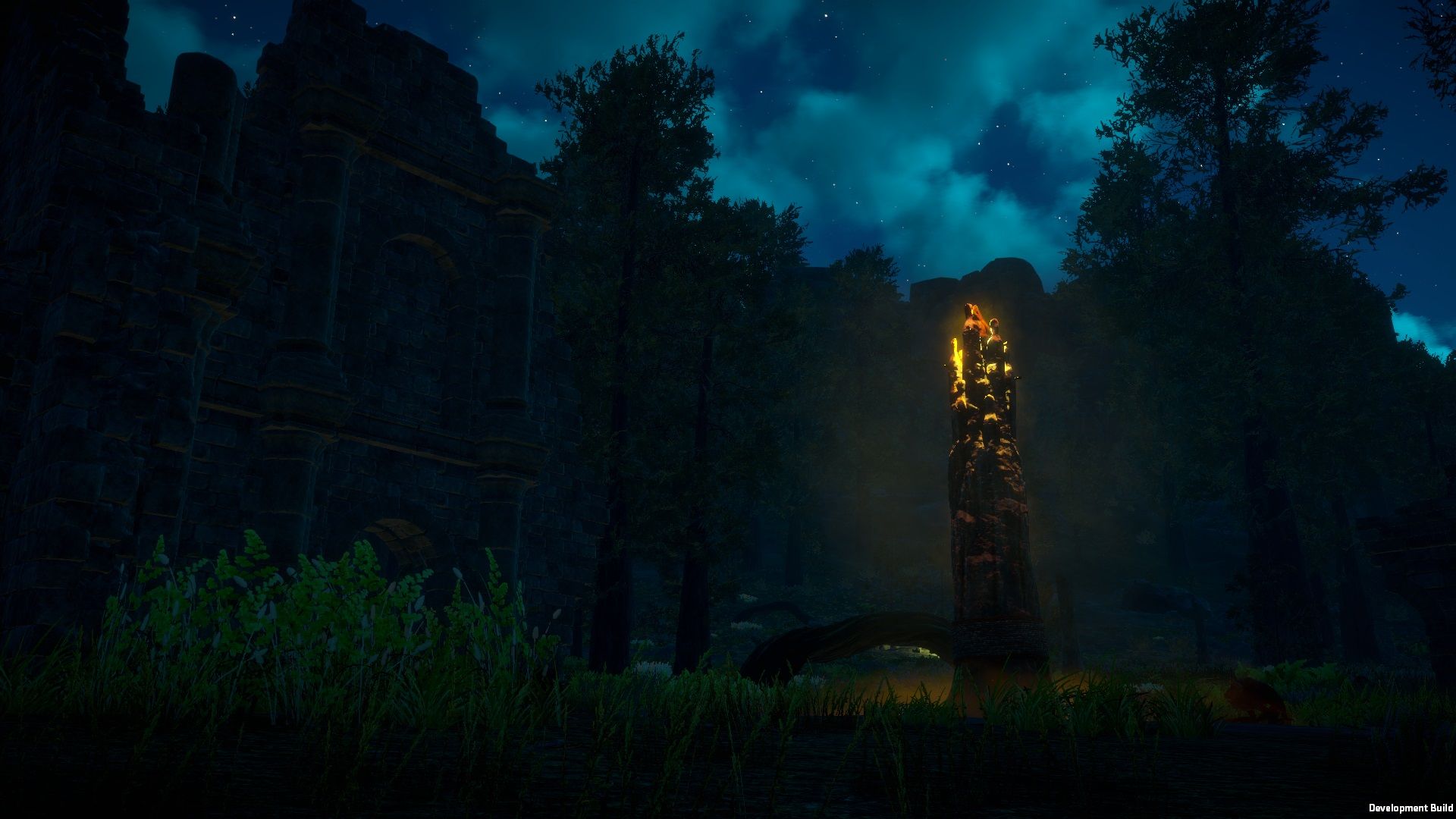 This week’s build also added ember monoliths into the world to facilitate fast travel. Each zone will have one monolith and once discovered they can be used to quickly jump from zone to zone. This is still a work in progress so expect some changes, like charging ember essence with each use.

Update 49 went live on Monday, marking the start of Live-1 War 92. The announcement post highlights the new tanks and improved vehicle physics, and you can view all the changes in the full release notes.

Chapter Five of the Council of Elysium was held on Friday. If you missed the live stream event, you can watch it on the gamigo Twitch channel.

The Genfanad Kickstarter went live on Tuesday. The initial goal of $10,00 was reached in just 7 hours. At the time of writing, 139 backers have pledged $12,899 with 25 days remaining in the campaign.

Weekly Update 321 was posted on Thursday. Lacking any major feature changes, this was a minor update full of bug fixes and QoL improvements.

With the Closed Beta coming later this month, the final Legends of Aria Alpha patch went live on Friday. You can find the full patch notes here.

A new dungeon, Garrun’gol, is now available for players who have reached the 50+ reputation level. The dungeon holds a series of quests to unlock 6 spells as you battle through 6 bosses.

Niche Worlds Cult posted their May developer update on Saturday. This marks their first update done in video form, so be sure to check it out.

Sunday was patch day for Past Fate. The patch is full of new stuff, including the addition of two-handed weapons. You can get a full list of changes in the patch notes.

INSANE took to Twitter this week to show off the progress they have made with their procedural generation abilities. Our news editor, Christina, already posted an article about it earlier this week, so no need to rehash it here.

Who wants to read Development Log #337? You do, of course. Since the team only had a three-day workweek, the log is short and sweet this week.

The Ravendawn team happily announced that they would have a booth at the Brasil Game Show this year. The show runs from October 6th through the 12th, so be sure to stop by and show your support if you are in the area.

Living Phoenix is also looking to add to their team and has need of a Quest Writer/Designer. You can get all the details on the position here.

Another week, another discussion about a unique character race in Scars of Honor. This week, the community tackles the Boaragen.

Untamed Isles May Developer Update highlights the team’s progress on character customization, world updates, and much more. You can catch the update in either written or video format.

The Wurm Online team is looking for new members to help moderate their community platforms. They are looking for a Discord Moderator, Forum Moderator, and Wurmpedia Assistant. You can see all of the job descriptions here.

The Zenith team shared a sneak peek at the Astromancer armor set that will be available to Essence Mages in the upcoming Celestial Throne update. 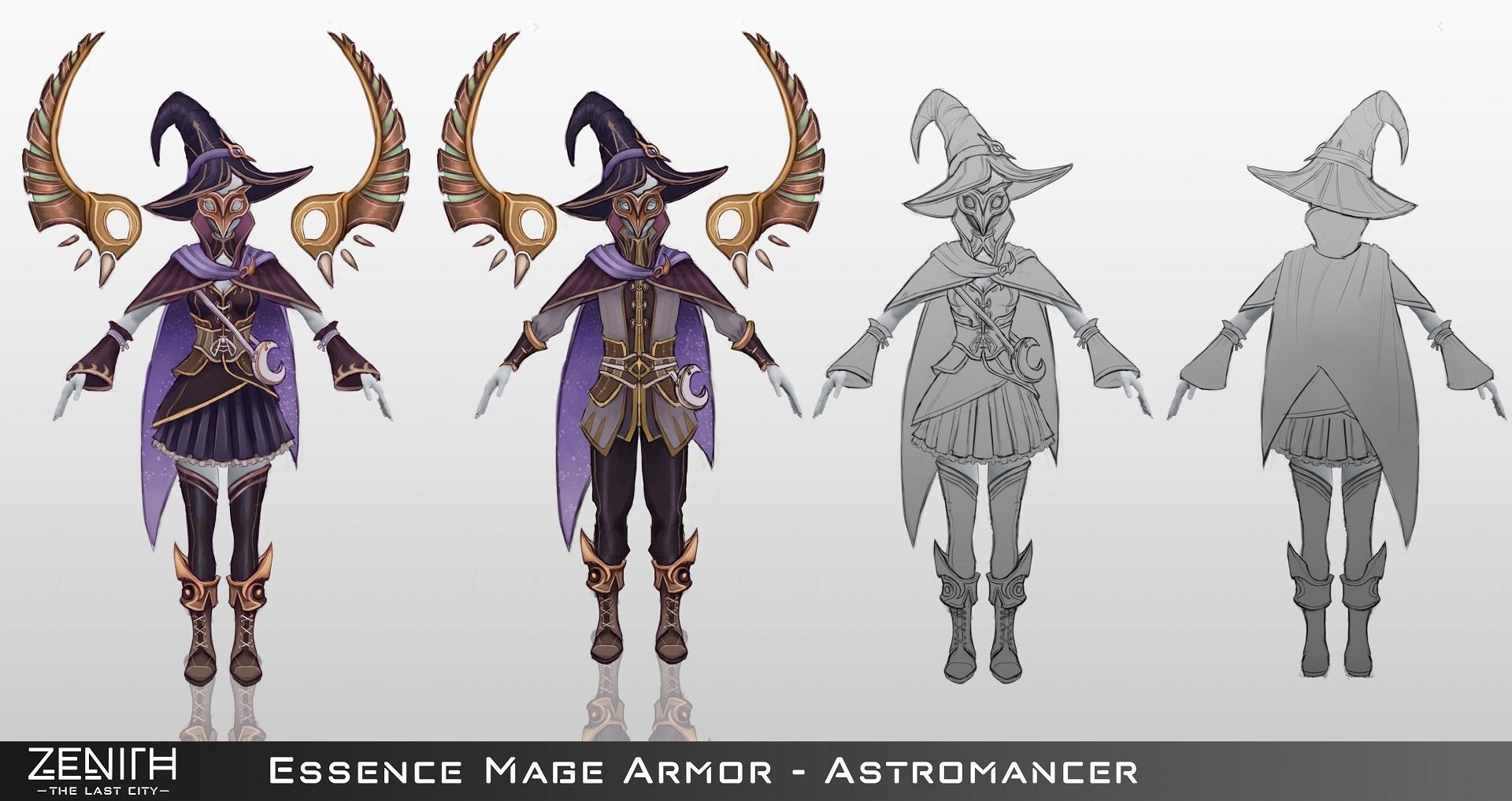