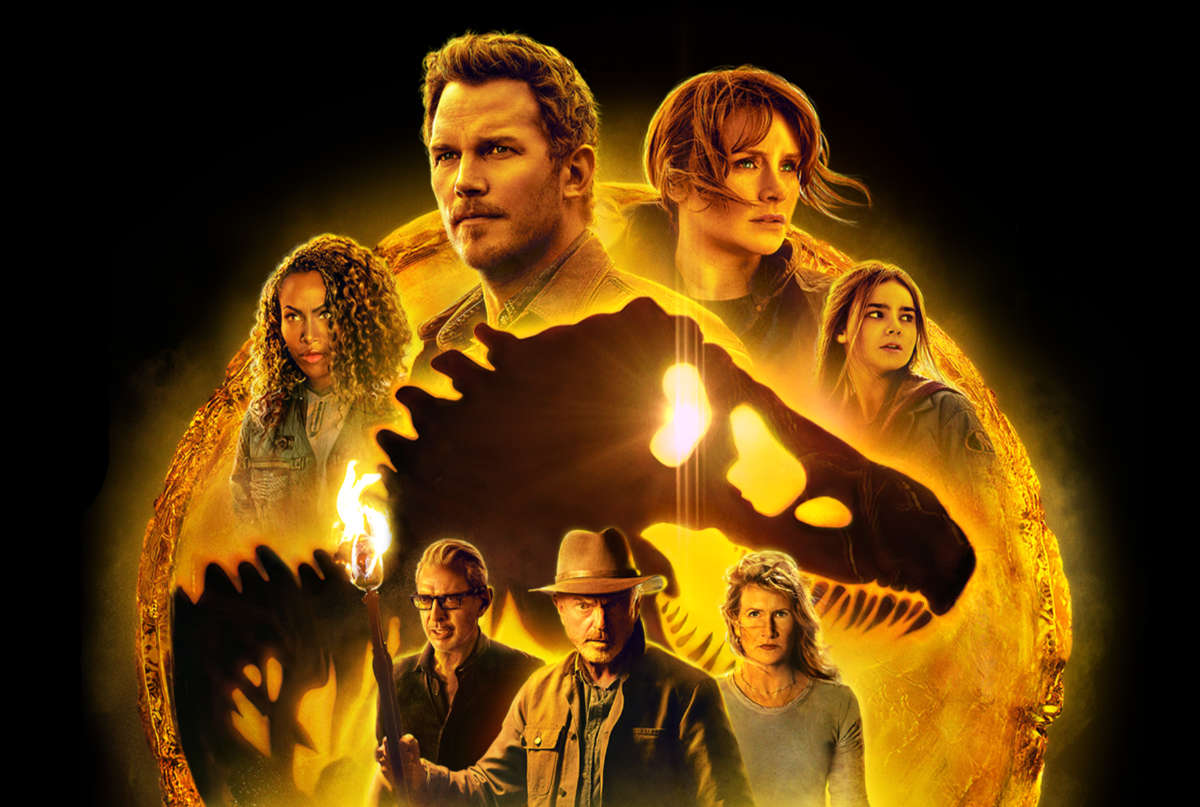 Universal Pictures Home Entertainment is bringing Jurassic World Dominion home when the blockbuster hits Digital, 4K Ultra HD and Blu-ray on August 16, 2022 (See on Amazon). The film will be available with 14 minutes of never-before-seen footage, an alternate opening, and more.

Having generated over $950 million in global ticket sales, the summer adventure from Amblin Entertainment and Universal Pictures topped the box-office charts in 72 markets around the world release weekend and broke franchise records in 16, earning an A- CinemaScore.

In addition to the Extended cut, this exclusive special edition includes captivating behind-the-scenes content chronicling the making of the movie from beginning to end, the original short film Battle at Big Rock, and much more.

Facing the cataclysmic consequences of a planet once again dominated by prehistoric predators, two generations of Jurassic heroes unite as doctors Ellie Sattler (Laura Dern), Ian Malcolm (Jeff Goldblum) and Alan Grant (Sam Neill) return to join Owen Grady (Chris Pratt) and Claire Dearing (Bryce Dallas Howard) for an incredible adventure that will determine the destiny of humans and dinosaurs once and for all.

With the purchase of Jurassic World Dominion Extended Edition on digital or disc, fans are eligible to earn points towards digital movies via the Universal All-Access Rewards program. Members can redeem their points for digital movies, swag and more! For registration and details visit MyUniversalRewards.com.

DINOSAURS AMONG US: INSIDE JURASSIC WORLD DOMINION

— TOGETHER FOR THE FIRST TIME – Cast and filmmakers discuss the evolution of the franchise and the special union of characters from Jurassic Park and Jurassic World.

— UNDERGROUND DINO MARKET – Join filmmakers for a tour of the amazing dino market set and discover how they brought it to life.

— MAYHEM IN MALTA – A behind-the-scenes look at the Atrociraptor rooftop chase and Owen’s harrowing motorcycle ride through the narrow streets and alleyways of Malta.

— SPIT TAKE: THE RETURN OF THE DILOPHOSAURUS – Live-action dinosaurs supervisor John Nolan and his team reveal how they created the impressive Dilophosaurus animatronic.

— INSIDE THE DIMETRODON – Learn how the filmmaking team operated the terrifying Dimetrodon animatronic and hear from Laura Dern and Sam Neill on what it was like working with it.

— CREATING A PLAGUE – Laura Dern and Bryce Dallas Howard discuss the enormous locusts featured in Jurassic World Dominion and the creature effects team reveals how they were created and deployed.

— PASSING THE BATA..N – Discover the craftsmanship behind the realistic-looking Beta animatronic and hear from Chris Pratt and Isabella Sermon on why they enjoyed working with it.

— GIGA-BITE – Go behind the scenes with the cast of Jurassic World Dominion as they are introduced to the biggest star of the film, the Giganotosaurus, for the very first time.

— FINAL NIGHT – Witness the emotional final night of filming with the cast and crew of Jurassic World Dominion.