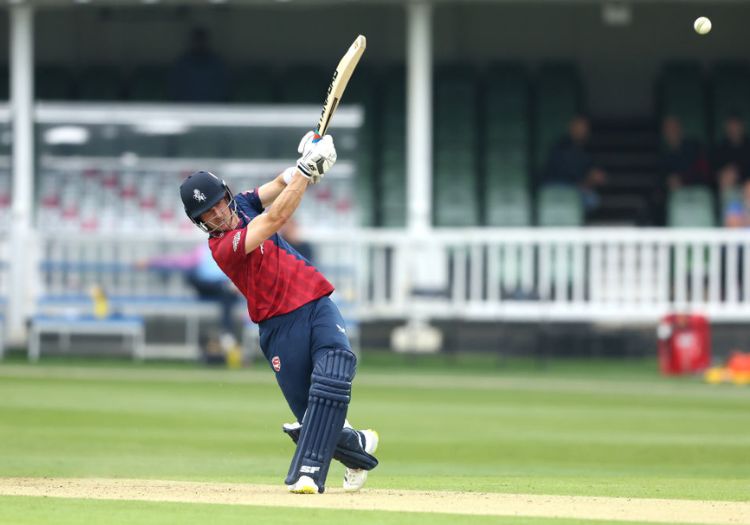 An explosive century from Joe Denly helped Kent Spitfires to their first win of the season, as they beat Middlesex by 55 runs in the Vitality Blast at Canterbury.

Denly scored his fifth Blast century, hitting 110 from 58 balls, including six sixes and nine fours as Kent posted 192 for 8. Jordan Cox was Kent’s next highest scorer with 45, putting on a record second-wicket stand of 175 with Denly.

Chris Green took three for 29 and Martin Andersson 3 for 32 as Middlesex reined Kent in during the death overs, but they were always behind the run rate and closed on 138 for 7.

Kent spinners Jack Leaning and George Linde claimed 3 for 30 and 2 for 26 respectively as the defending Blast champions finally recorded their first win of the season, in any format.

Having won the toss and chosen to bat, Kent got off to a wretched start when Jason Behrendorff trapped Daniel Bell-Drummond lbw for nought with the third ball of the innings, but the partnership between Denly and Cox transformed the mood in the ground.

Denly dominated the strike, easing to 50 with a single from Toby Greatwood and then thrashing the Middlesex attack. When he drove Andersson to mid-on for a scrambled two to reach three figures, he was embraced by Cox and given a standing ovation by every part of the ground.

Yet having raced to 149 for 1 from 14 overs, the home crowd, demoralised by Kent’s winless run, seemed disappointed the hosts couldn’t pass 200. 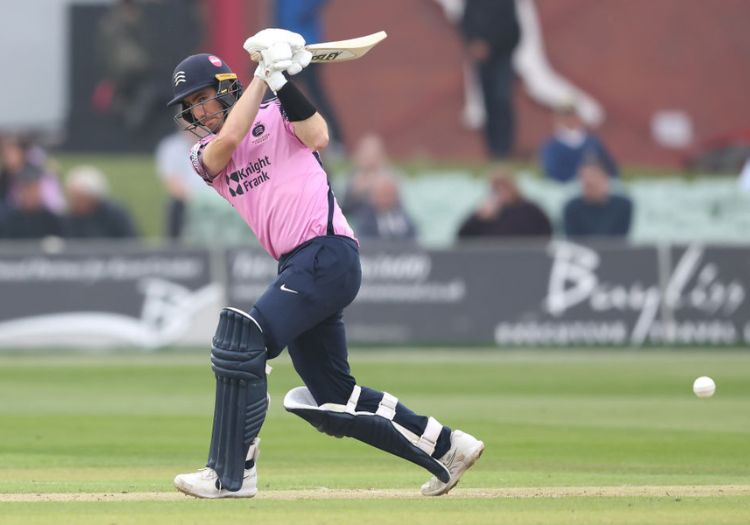 Andersson claimed all of his wickets in the penultimate over. Alex Blake (10) was caught off the second ball by Hollman and Sam Billings (5) went to the fifth, to a diving catch by Green. Andersson then bowled a wide to Grant Stewart, who skied the next delivery to the same fielder.

When Leaning was run out for six, chasing a second off the final ball of the innings, there was a nagging doubt Kent might have let it slide.

That feeling was briefly compounded when Leaning missed a difficult chance to catch Stevie Eskinazi off Linde in the second over of the chase, but Holden was caught for 12 when he swiped Stewart to Bell-Drummond.

Eskinazi then played on to Qais Ahmad and was bowled for 30 and Joe Cracknell was out for 10 when he hit Linde to Cox at deep midwicket.

Linde then held a violent return catch to remove Andersson for one and although Cox dropped John Simpson over the boundary for six, he was out, for 13, to the next ball when he chipped Leaning to Denly.

Leaning took his second wicket when he had Jack Davies (8) stumped by Billings and his third when Green whacked him to Blake at long-on.

Thilan Walallawita took Middlesex past three figures with a six off Leaning but by then the run rate was an unmanageable 24 per over and he was out for 10 when he hit Stewart to Blake. Hollman (23 not out) and Behrendorff (13 not out) flailed to some effect during the death overs, but by that stage, the visitors’ hopes had long been extinguished.