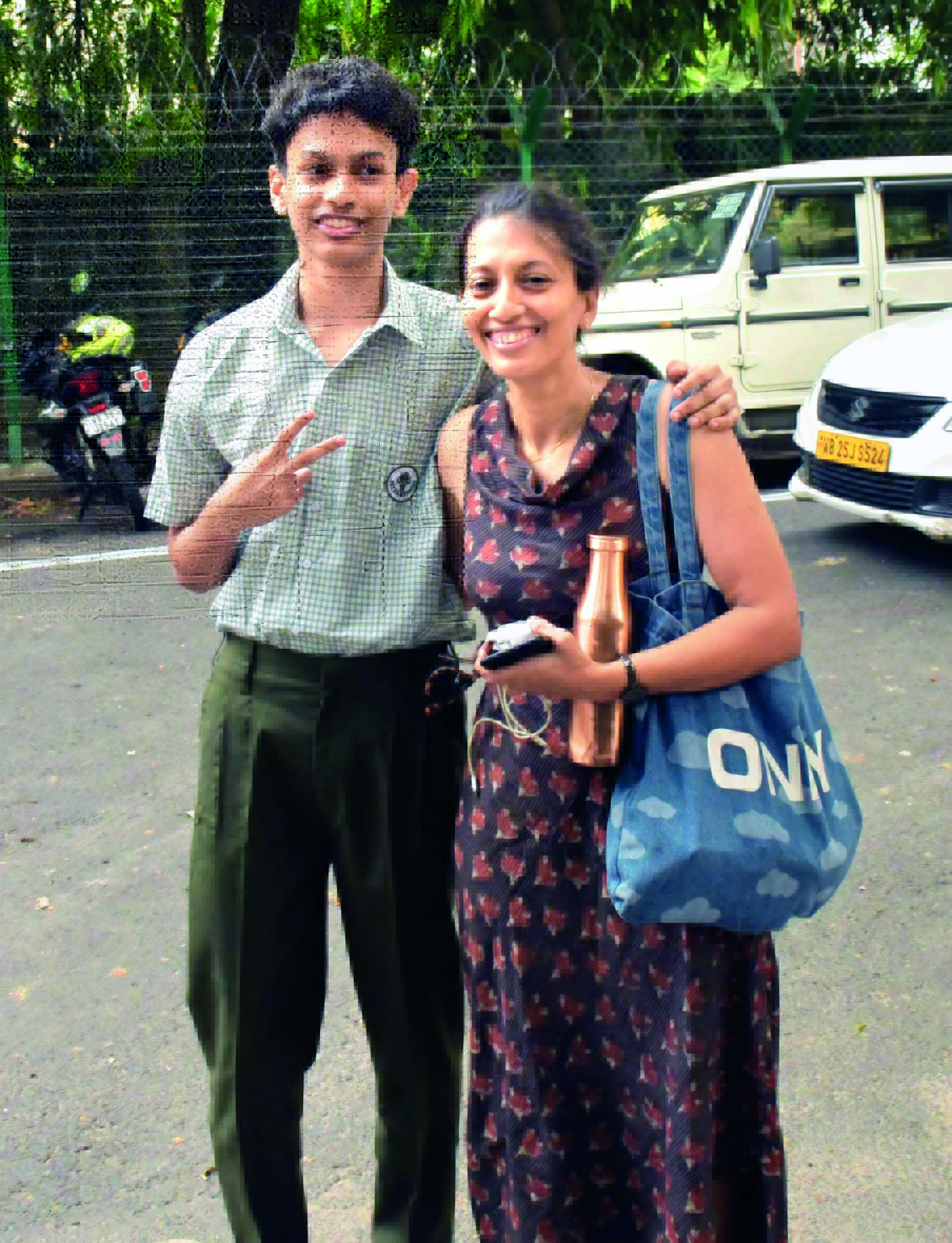 Kolkata: Rohin Sen from Kolkata’s Patha Bhavan who has jointly ranked third said it was an unexpected result for him. Rohin has scored 496 marks out of 500 which is around 99.4 percent.

“I never thought that I would come third in the Higher Secondary exam. My test result was not exceptionally brilliant. I thought that I would at most get 90 percent marks. So the result was more than what I had expected. He had a combination of subjects, including Economics, Statistics and Mathematics, Rohin said. He wants to pursue Economics and Statistics. He loves to play golf and tennis. During his leisure time, Rohin at times indulged in playing mobile games as well. “I love playing golf and I play the game at Tollygunge Club.” He has given credit to all his school teachers and private tutors for the feat. Rohin is among the 10 students from Kolkata whose names featured in the top-10 list.

Adisha Debsharma from Dinhata Soni Debi Jain High School who ranked first by scoring 498 marks has expressed her desire to work for underprivileged kids who stay on the footpath. She is yet to decide whether she will pursue Mathematics Hons or Engineering.

Sayandip Samanta who ranked second with 497 marks is from Jalchak Nateswari Netaji Vidyayatan, West Midnapore. He also did not expect that he would rank second. “I used to study for around 11-12 hours. I had around six private tutors who had been of immense help. I love watching adventure movies and also love playing cricket. My childhood dream has been to become a doctor,” Samanta said.

Avik Das has jointly ranked third and is from Katwa Kashiram Das Institution. He scored 496 marks. He ranked second in the Madhyamik examination. Avik is happy that he has made it to the HS merit list as well. “I worked hard for a good result. There was no fixed timing for my studies in a day. I used to study whenever I felt like it. I devoted more time after the test examination,” Avik said. He felt that a thorough reading of textbooks is the key to success. Soham Das has also ranked third from Hooghly Collegiate School while another third ranker is Parichaya Pari who is from Jalchak Nateswari Netaji Vidyayatan in West Midnapore.

Somnath Pal from Bankura Goenka High School studied Arts and he jointly ranked fifth. He wants to pursue Geography Hons and wants to become a teacher. He had separate teachers for Bengali and History while one teacher for Sanskrit and English. “I used to study for 10-12 hours. I have studied methodically and throughout the year,” Somnath said. He used to fetch books from the local Ramakrishna Mission. He didn’t have the financial stability to buy all the books.

Suryani Mondal, a student of Maharani Kashiswari Girls’ High School in Murshidabad jointly ranked seventh with 492 marks. “I faced difficulties during online study due to Covid. It was not of any help to me. I faced difficulties in learning chapters online,” Suryani said. She was a pure science student.

Souvik Das who ranked eighth has a dream of getting into the Defence Services. He expected that he may find a place in the top 20 merit list. He is from Chetla Boys’ High School. “I am very happy. I used to study on a regular basis. I faced difficulties during the online classes. School teachers and private tutors helped me a lot,” Souvik said.