LOS ANGELES (KABC) — After a long two-year hiatus, the LA Pride Parade is back.

This year’s theme is #LoveYourPride, and the event is not only celebrating the LGBTQIA+ community of Los Angeles and its allies, but it also celebrates the parade’s 50th anniversary, a historical moment that was postponed due to the COVID-19 pandemic.

Watch the parade live in the video player above or on your favorite streaming devices, like Roku, FireTV, AppleTV and GoogleTV. Just search “ABC7 Los Angeles.” The event will also be livestreamed on ABC News Live and Hulu.

Co-hosts include actress Raven-Symoné and her wife Miranda Pearman-Maday.

More than 130 parade floats, exotic cars, performers and more are expected to march in style. 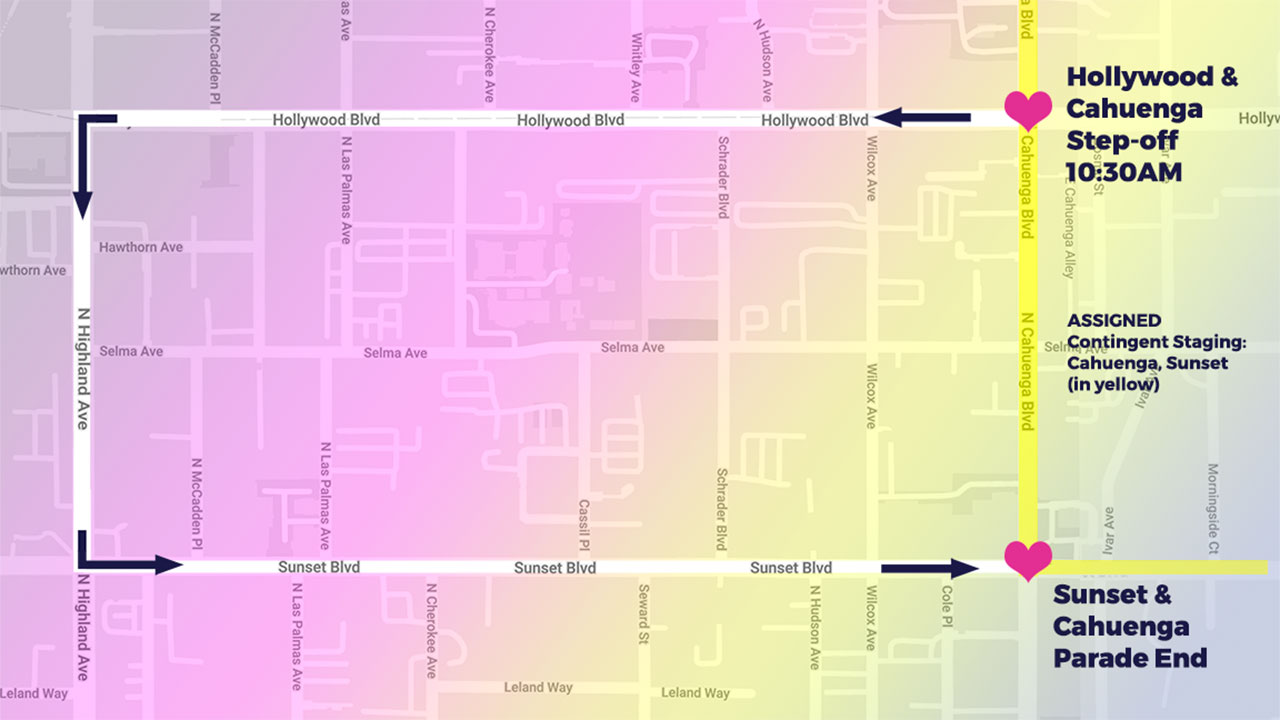 Additionally, there will be a free Pride Village street fair between Cahuenga and Vine from 11 a.m. to 10 p.m.

A beverage garden will be hosted on Cosmo Street between Hollywood Boulevard and Selma Avenue.

Sponsor tents will be on the section of Hollywood Boulevard between Ivar Avenue and Vine Street.

As the parade nears, here are some things to know before you go:

Transportation:
Parking in the Hollywood area is extremely limited.

It’s recommended to either use a ride-sharing service or public transportation.

The Metro B Line (Red) is the most convenient choice as it has stops at Hollywood/Highland and Hollywood/Vine.

Tickets:
Sunday’s LA Pride Parade and Pride Village are free and open to all ages.

Check out abc7.com/pride for more stories about the LGBTQIA+ community in L.A. and their allies, and share your pride with #abc7eyewitness.