From Oneida Nation of the Thames to the Caesar’s Superdome in New Orleans, LA, Sage Doxtater is the newest member of the NFL’s New Orleans Saints.

“It’s been quite a journey,” said Doxtater from his mother’s home in Glencoe, Ont.

But getting to the Big Easy hasn’t been easy for the offensive lineman, whose father died before he was born, leaving his mother to fill both roles. 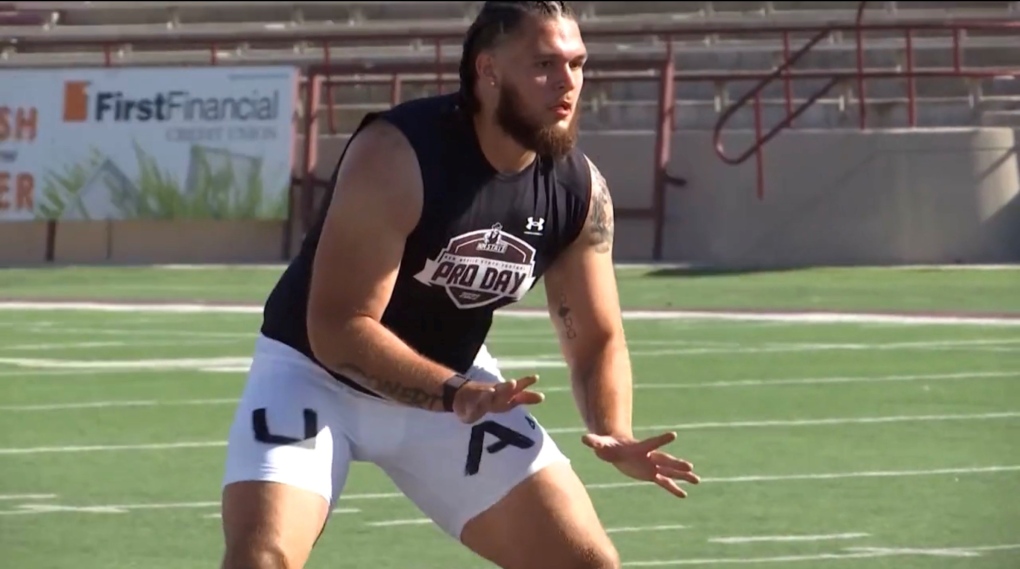 Offensive Lineman Sage Doxtater of Oneida/Glencoe Ont. has signed as an undrafted free agent with the NFL’s New Orleans Saints. (Source: KTSM)“I would not be here without her,” said Doxtater. “She’s literally supported me every single step of the way. She went above and beyond, like driving me all over like Canada all over America. She’d fly me out places for camps and supporting me financially. Just literally everything like you could ask them a mother she’s done that and more.”

His mother Rhonda says she knew he had potential to reach his dreams, based on his demeanor as a child.

“Sage has always been I would say single minded to the point of being stubborn,” said Rhonda Doxtator, Sage’s mother.

When Sage was in grade five, his mom moved him and his younger brothers to the small village of Glencoe, about 45 minutes west of London.

His high school there didn’t have a football team, so his mom would make the drive into London for minor football practice and games.

“When I get home from work and it would be grab Sage, grab some food had go to London,” said Rhonda.

“He’d have practice, I’d wait for him at practice, and I had to have food ready for him since he was done because he was always hungry. That was like four nights a week, and then game days are like a whole other thing,” she added.

The 6’6 left tackle, who weighs more than 330 pounds, would eventually look for a higher level of football. Instead of enrolling at a school in London, Ont. he and his family decided to enrol him at Canada Prep in St. Catharines where he would face schools from the U.S.

He was drafted 12th overall by the Toronto Argos in last year’s CFL Draft, but went back to school for a senior season, and recently signed as an undrafted free agent with New Orleans. 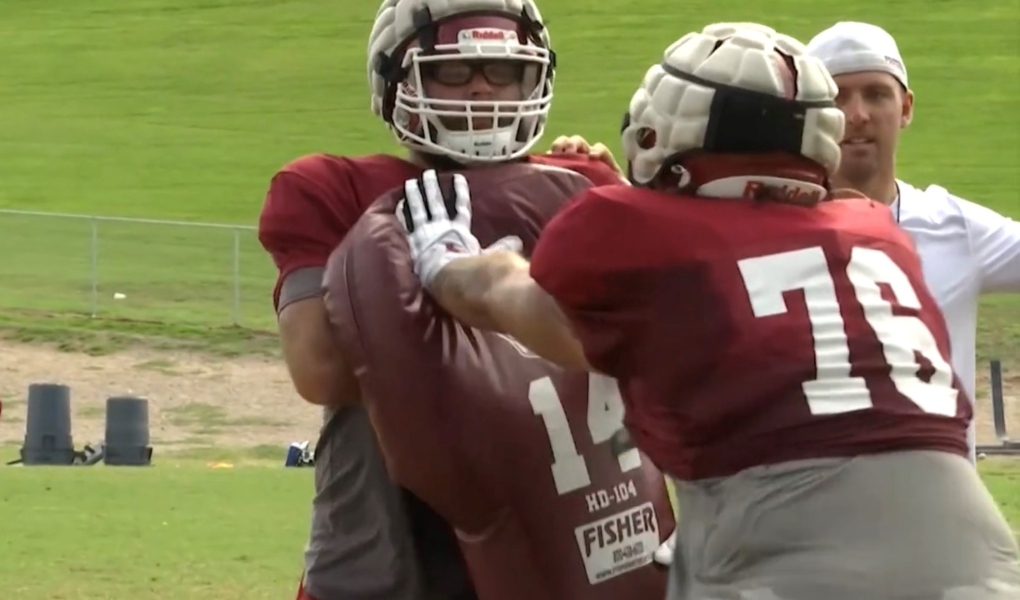 Sage Doxtater practices his blocking at a workout at New Mexico State University. The Offensive Lineman has signed as an undrafted free agent with the NFL’s New Orleans Saints. (Source: KTSM)He leaves May 11 for rookie camp in New Orleans.

Until then, his family is relishing his time at home.

“With COVID Like there’s been literally no travel,” said Rhonda. “So this was really good, and we’re just excited for him. There’s so many unknowns we don’t really know what the future holds and just hoping it’s all going to be good.”

If he gets into an NFL game, he’ll be just the fifth player from the immediate London area to make it.

He’d join Vaughan Martin (Chargers, Dolphins), Ryan Thelwell (Chargers) and Tim Tindale (Bills) of London, as well as Dave Sparenberg (Browns) of Talbotville, Ont. who played one game as a replacement player during the 1987 NFL strike.

But for now, he’s going to enjoy the ride.

“This is what I wanted to do since I was like twelve years old,” said Doxtater.

“This is like the day of like looking forward to as being an NFL player and it’s crazy that it’s here. I’m looking forward to it all practices, meetings, the games, obviously just the whole thing. I’m so excited for it,” he said.