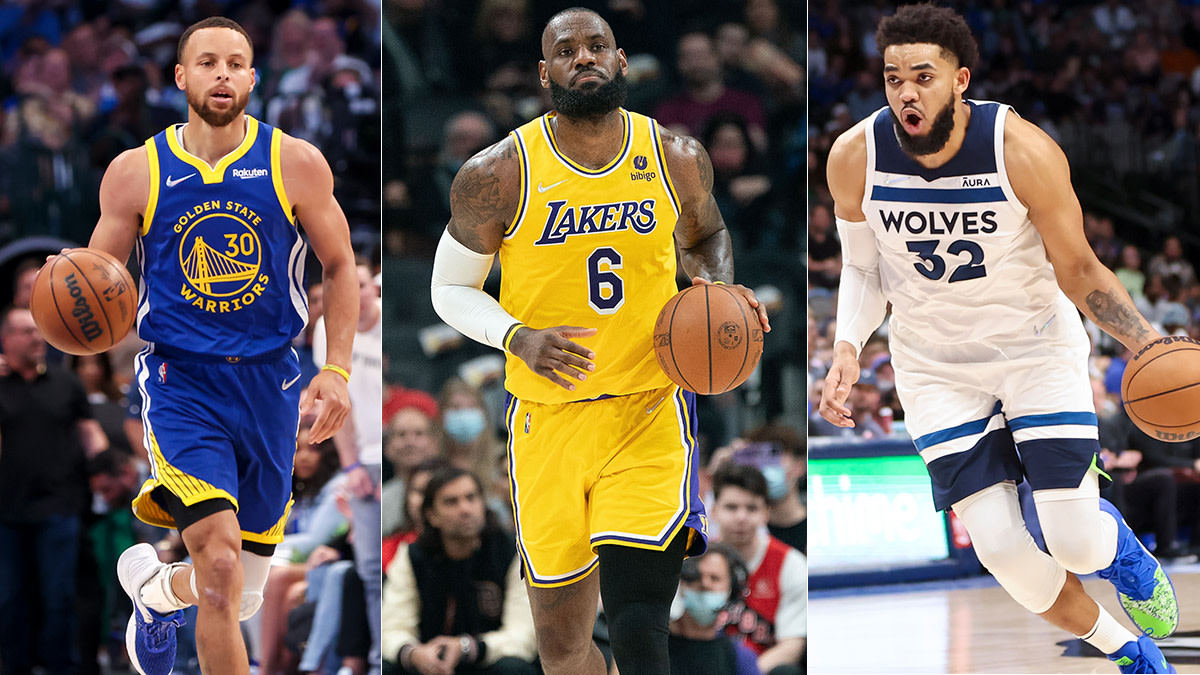 It’s been a strange NBA offseason. Now into the second week of August, there are still big names and restricted free agents lingering that could change the scope of the league. At the same time, it’s unclear if or when any of those dominoes will fall. So we’re going to hand out some offseason grades, even if there are still some moves left on the table. Earlier, we graded the Eastern Conference. Today, we’ll head out west.

Losing Jalen Brunson really hurts. And while Christian Wood gives the team another interesting element in the frontcourt, he’s a total unknown in a playoff series, and his fit with some of the other bigs on this team (JaVale McGee, Maxi Kleber) is a little unclear. Is the plan really for McGee and Wood to start together? Luka Dončić is so good that he may actually be able to make the square pieces fit into circle holes here. Still, it was a little bit of an underwhelming offseason after the Mavs’ thrilling run to the conference finals.

Picking up Kentavious Caldwell-Pope and Bruce Brown were two of the shrewdest summer moves made by any team. Denver was in desperate need of wings who could defend, and both will provide some resistance on the perimeter while slotting in nicely on offense next to Nikola Jokić. Trading away Monte Morris is not insignificant, though that will be mitigated by the return of Jamal Murray. Preventing the Nuggets from receiving an even higher mark is the DeAndre Jordan signing. He has not been an effective backup in recent years, and he opens up Denver to another season of bad bench adventures.

The Dubs lost two key contributors (Gary Payton II, Otto Porter Jr.) from their championship team, and replaced them with two capable-if-not-quite-as-good vets (Donte DiVincenzo, JaMychal Green). Those signings are pretty good rebounds for Golden State, which is also counting on more steady play from its trio of young prospects: Moses Moody, Jonathan Kuminga, and James Wiseman. Overall, thanks to their star core, the Warriors remain in great position to contend for a title. They will miss the guys who left, though.

Picking up Jabari Smith Jr. third in the draft after he was the consensus first pick minutes before it actually started feels like a coup. Houston also moved out some vets (Wood, John Wall) to open up more time for their young players, important for a team that just added three first rounders to its roster.

All the Clips really had to do was bring the band back together, and they did! LA has built an incredibly versatile roster tailor made for modern playoff basketball, provided their two top stars are actually healthy. Adding John Wall to the mix also gives them the ballhandler the team has been seeking in the Kawhi Leonard-Paul George era. Ultimately, if Kawhi and PG are healthy in the playoffs, this team is built to go far.

If the goal was to simply get younger, then the Lakers did that, ditching many of last season’s vets and picking up the likes of Thomas Bryant, Lonnie Walker IV, and Juan Toscano-Anderson. Still, Russell Westbrook remains on the roster, and as long as he does, it’s hard to take this team seriously as a contender. The team still appears to lack the two-way wings necessary for a deep postseason run. And the Walker signing feels especially curious after other, more well-rounded players (Brown, Porter Jr.) signed for the mid-level exception. At the end of the day, the Lakers can’t waste LeBron James’s time. Did their signings make the team a contender?

On one hand, Memphis signed Ja Morant to a long-term extension, which is exciting. On the other, this team jettisoned a couple steady rotation pieces (Kyle Anderson, De’Anthony Melton) and are counting on making up for their absences with a bunch of 2022 draftees. I don’t know about that strategy for a contender. Losing Anderson is a triple whammy because a) he’s not on the team b) he’s playing for a rival in the Timberwolves and c) Jaren Jackson Jr. is going to miss a chunk of time after foot surgery. It’s not a disaster offseason, but the Grizzlies’ degree of difficulty feels higher going into the fall.

How you feel about the Wolves really comes down to if you’re Rudy Gobert-pilled or not. I really do respect Minnesota for going for it, which is why I threw them a plus. Otherwise, it’s difficult to understand how the Gobert-Karl-Anthony Towns pairing is going to function. It’s a massive swing to take on a roster that seemed to be gelling together. I do like the Anderson signing, and picking up Austin Rivers to soak up some of the Pat Beverley minutes was smart. For now, I want to take a deep breath and wait until we see this team in some high-leverage moments before coming down hard on them either way.

The Pelicans kept together one of the league’s most exciting teams—particularly in the second half of the season—and signed Zion Williamson, long assumed to be a flight risk, to a long-term contract. Hard to do any better than that. Sure, Zion could still ask out at some point, but getting even a mild commitment from him feels like a massive win. And he could supercharge a team that already looked incredibly feisty.

Oklahoma City Thunder: Whatever, sure

I like that they drafted two guys with the same name but spelled differently. I like that they re-signed Lu Dort. No. 2 overall pick Chet Holmgren will be fascinating to watch develop in the NBA. The Thunder have eagerly sought irrelevance the last couple seasons, though. Until they try for anything more than that, I’m not going to get too excited about Sam Presti‘s Home for Wayward Veterans As Long As They Come With Some First-Round Picks.

Was it worth leaving Deandre Ayton twisting in the wind if the plan was to bring him back anyway? I understand the Suns saved money and shaved a year of Ayton’s deal by playing the waiting game. It’s also possible the vibes were so poisoned by his contract situation it contributed to the team’s Game 7 meltdown in the second round. While Ayton is back his future hardly feels secure. Meanwhile, the team did little else to improve the roster. Jumping the gun and not wanting to tinker too much with a 64-win roster makes sense. Still, this team needs better insurance for Chris Paul, and probably a little more defensive perimeter help on the bench. It’s good the Suns made the effort to keep their core together, doing it in such a dramatic fashion and not doing much else feels dicey.

While the Blazers may not have become title contenders, I appreciate the moves made this summer. Jerami Grant gives the team some two-way juice at forward they’ve seemingly lacked the entirety of Damian Lillard’s tenure. GPII will also add his lockdown bona fides to the mix. First-round pick Shaedon Sharpe is an intriguing one, while Lillard and backcourt mate Anfernee Simons both signed extensions. Though Dame may ultimately be back where he was during his partnership with C.J. McCollum, Portland should be in the mix for a playoff spot in a deep west.

The Kevin Huerter trade was really smart, and stealing Malik Monk from the Lakers was a nice pickup as well. Sacramento drew heat for picking Keegan Murray over Jaden Ivey in the draft even though nobody really knows how that will play out. While history shows to bet against the Kings’ decision making, it’s hard to argue that Sacramento didn’t add useful players around De’Aaron Fox and Domantas Sabonis. Which, for the Kings, is no small feat.

Sure, the Spurs got a haul for Dejounte Murray. They picked up the very fun Jeremy Sochan in the draft. And San Antonio has cap flexibility for future shenanigans. Is that really what you want to celebrate in the twilight of Gregg Popovich’s career? Should we be thrilled their rebuild is setting up nicely when one of the best coaches in American sports history is on the sidelines? I’m sure San Antonio made sensible long-term decisions this summer. That doesn’t mean they are worth celebrating.

Even as a draft pick agnostic, it’s hard to scoff at the haul the Jazz received in exchange for Gobert, potentially inflating the superstar trade market at the same time. Utah is now in better position to tank aggressively, and if you’re going to bet on dysfunction to bring you back some extra lottery picks, betting on Minnesota faltering is not the worst gamble. A Donovan Mitchell trade still looms, giving the Jazz another chance to add either draft capital or an intriguing prospect. If a rebuild was the only path forward, Utah has taken some good first steps.