A slew of upcoming PlayStation 5 (PS5) and PS4 titles were revealed during Sony’s latest State of Play digital showcase, along with a sneak peek at several games that are in development for its upcoming virtual reality (VR) console, PlayStation VR2.

Streamed online on June 3, the digital presentation started with a reveal trailer for Resident Evil 4, a remake of the survival horror third-person shooter title originally released in 2005.

In a post on the PlayStation Blog, Promotion Producer at Capcom Edvin Edsö explained that “the game is being developed to achieve state-of-the-art quality for a survival horror suitable for 2023, while preserving the essence of the original game. We aim to make the game feel familiar to fans of the series, while also providing a fresh feeling to it. This is being done by re-imagining the storyline of the game while keeping the essence of its direction, modernising the graphics and updating the controls to a modern standard”.

Resident Evil 4 was revealed with a release date of March 24, 2023 on PS5, along with the announcement that PS VR2 content is also in development.

The presentation then continued with a look at four games currently in development for PS VR2, beginning with another survival horror title, Resident Evil Village. First released in May last year, Village is a sequel to Resident Evil 7 Biohazard, continuing the story of protagonist Ethan Winters and set in a village described as “a character in its own right with mysteries for Ethan to uncover and terrors to escape from”. 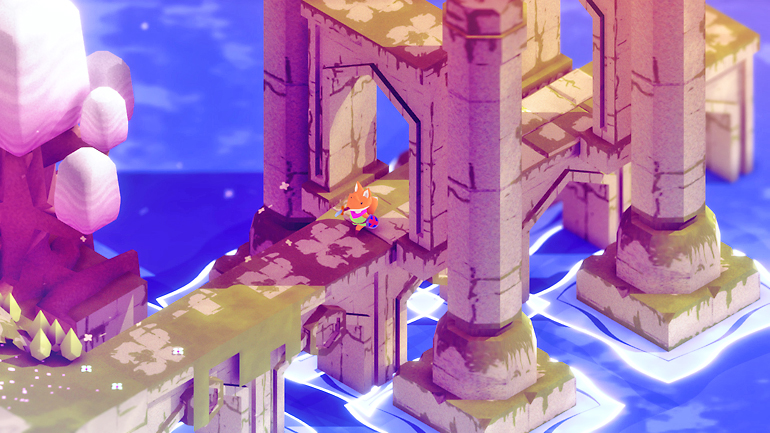 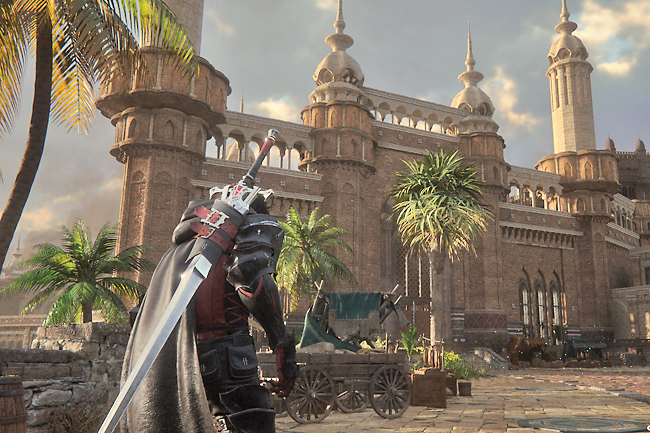 Continuing the survival horror game theme was The Walking Dead: Saints & Sinners – Chapter 2: Retribution. Described on the PlayStation Blog as a direct follow up to the first game, The Walking Dead: Saints & Sinners, this second chapter adds a new story campaign, new maps to explore, new weapons and tools as well as new challenges. The game will be making its way to both PS VR in 2022 and PS VR2 in 2023.

Also announced in development for PS VR2 was No Man’s Sky, a sci-fi survival game in which players explore a galaxy filled with unique planets and lifeforms.

Rounding up the PS VR 2 sneak peeks was Horizon Call of the Mountain, a new VR adventure set in the world of PlayStation’s Horizon series of games. As Narrative Director at Guerrilla Ben McCaw explained on the PlayStation Blog, the player will see the world through the eyes of Ryas, a former Shadow Carja Warrior aiming to redeem himself by investigating a grave new threat.

“He is a master at climbing and archery, two skills crucial to survival as you step into his shoes, scaling perilous mountains and taking down mighty machines.

“Throughout your journey, you’ll master various tools and weapons and use the world’s many materials to craft additional gear, equipping you for any situation. Along the way, you’ll meet Horizon characters new and old.”

Alongside the game’s main story, Call of the Mountain will also offer an immersive River Ride experience.

This was followed with the announcement a free major update for Horizon Forbidden West on PS4 and PS5, which includes a performance mode, the ability to switch outfit looks, a new ultra hard difficulty and a new game plus mode, as well as new weapons and trophies.

Next up was the announcement that a PlayStation fan favourite action adventure title Marvel’s Spider-Man Remastered will be making its way to PC on August 12 this year.

The spotlight then shifted to third-person cat adventure game Stray which, according to the PlayStation store, is “set amidst the detailed, neon-lit alleys of a decaying cybercity and the murky environments of its seedy underbelly. Roam surroundings high and low, defend against unforeseen threats and solve the mysteries of this unwelcoming place inhabited by curious droids and dangerous creatures”.

Stray is will be coming to PS4 and PS5 on July 19, and PlayStation Extra subscribers and higher will be able to download the game at no extra cost when it launches next month.

Trailers were then shown for three games, beginning with The Callisto Protocol, which is set for release on December 2 this year. Directed by Glen Schofield, who co-created the Dead Space series, The Callisto Protocol is a next-gen survival horror title set 300 years in the future, and sees the player take on the role of Jacob Lee, “a victim of fate thrown into Black Iron Prison, a maximum-security penitentiary located on Jupiter’s moon, Callisto”.

“When inmates begin to transform into monstrous creatures, the prison is thrown into chaos. To survive, Jacob must battle his way to safety to escape Black Iron Prison, while uncovering the dark and disturbing secrets buried beneath the surface of Callisto.”

On August 16 will see Rollerdrome wheel its way to PS4 and PS5. As the PlayStation Store explained, the game is set in the year 2030, in a world where corporations rule and the lines between reality and performance are blurred, and the public are kept distracted by a brutal new blood sport – Rollerdrome.

Meanwhile, coming to PS4 and PS5 in 2023 is Eternights, an action game that blends “a love story with adrenaline-driven combat as you make the most out of life during the apocalypse”.

As the PlayStation Store describes, “One day, something, or someone, has turned humans into dangerous monsters. All that interests them now is violence and power. They are what stand between you, a cure, and the world you want. Most importantly? You’re fighting for more than just your own survival – you are fighting for those you love.”

The game sees the player scavenge for supplies, explore various dungeons and also spend time growing closer to a cast of five “quirky and loveable” characters, which can unlock unique skills and spells for use in battle.

The showcase’s subsequent segment was a trailer for Street Fighter VI, the next title in the iconic fighting game series, which arrives on PS4 and PS5 in 2023.

Street Fighter VI features three main game modes, one of which is Fighting Ground, which focusses on the classic fighting game experience with modes from previous games in the series. Two new game modes are: World Tour, which Capcom has described as “an immersive single-player story experience; and Battle Hub, which will further expand the scope of player communication and engagement”.

Focus then shifted to two indie adventures arriving later this year, one of which is Tunic, an isometric action game about a small fox on a big adventure in a land filled with lost legends, ancient powers and ferocious monsters, releasing on PS4 and PS5 on September 27.

Season: A Letter to the Future, a “third-person adventure narrative bicycle road trip game” was also shown with a release scheduled for autumn 2022. “Through the eyes of a young woman from a remote village, explore the world for the first time and collect memories before a mysterious cataclysm washes away everything.”

According to a Square Enix press statement, Final Fantasy XVI is a standalone single player action role-playing game that brings players into a world where Eikons are powerful and deadly creatures that reside within Dominants – a single man or woman who is blessed with the ability to call upon their dreaded power. The story follows Clive Rosfield, a young man dedicated to mastering the blade, who is dubbed the First Shield of Rosaria and tasked to guard his younger brother Joshua – the Dominant of the Phoenix. Unexpected events set Clive on a dark and dangerous road to revenge.

The statement includes comments from Final Fantasy XVI Producer Naoki Yoshida, who said, “The latest trailer gives players a clearer picture of what actual gameplay will entail. Namely, high-octane battles featuring our protagonist Clive Rosfield wielding a full arsenal of attacks unique to the game’s many Eikons (summons). Not to mention epic clashes between the Eikons themselves that put you right in the action.”

“As for development progress, I’m happy to announce that the game is fully playable from start to finish; though, from optimisation to brush-up, there is still a mountain of challenges to tackle as we head into our final push. Until then, please stay tuned. We’ll do our best to not keep you waiting too long before our next update!”

Yoshida added, “The team, under direction of Hiroshi Takai, has entered the final leg of development and is focussing on polish as they continue their march toward launch. With the power of the PS5 console behind us, we’re looking to take you on a seamless, story-driven, white-knuckle ride that will rival even the most thrilling roller-coaster. So, buckle up. The wait is almost over.”