Russia’s invasion of Ukraine upended the global nickel market in a matter of days in March, causing prices to surge by an unprecedented 250% on the London Metal Exchange (LME). Brokers stared at their screens in disbelief before the LME moved to stop trading altogether and cancelled around US$4 billion in trades, stunning the market further.

However, the suspension of trading helped one business that was set to lose billions from nickel’s sharp price rise: China’s Tsingshan, the world’s largest producer of stainless steel and nickel. Its chairman, Xiang Guangda, had amassed a large short position – betting that nickel prices would fall – and he was now facing ever-higher margin calls to his brokers and the LME as nickel prices rose. It was a severe stumble for a shrewd businessman from Wenzhou, who had built a fortune based on the metal.

“It was like watching an elephant being ripped apart by vampires in a feeding frenzy,” the chairman of Tsingshan’s rival Ningbo Lygend said of the “short squeeze”. The drama and turbulence of the event also highlighted a worrying shift in the dynamics of the global energy transition.

Few people follow nickel prices – they don’t affect our day-to-day lives like oil and gas or change the course of countries and empires. But that may change as sales of electric vehicles (EVs) accelerate this decade. At the bottom of most EVs are thousands of battery cells containing nickel, lithium and cobalt. To lower emissions while staying within the current model of private vehicle ownership, traditional engines would need to be replaced with EVs by the tens of millions over the next few years – which means ever more nickel. “Nickel is the biggest challenge for high-volume, long-range batteries!” Elon Musk tweeted in 2020. That means the geopolitics – and power games – of nickel will become increasingly important.

Russia produces around 17% of the world’s supplies of high-purity Class 1 nickel, mostly through Norilsk Nickel, a mining company controlled by the oligarch Vladimir Potanin, one of the richest men in Russia. While neither Norilsk nor Potanin has been sanctioned over the war in Ukraine, it is more likely that some buyers will no longer want to use Russian nickel for their electric vehicles. That may force automakers in Europe and the US to turn to Chinese companies, such as Tsingshan, for supplies. 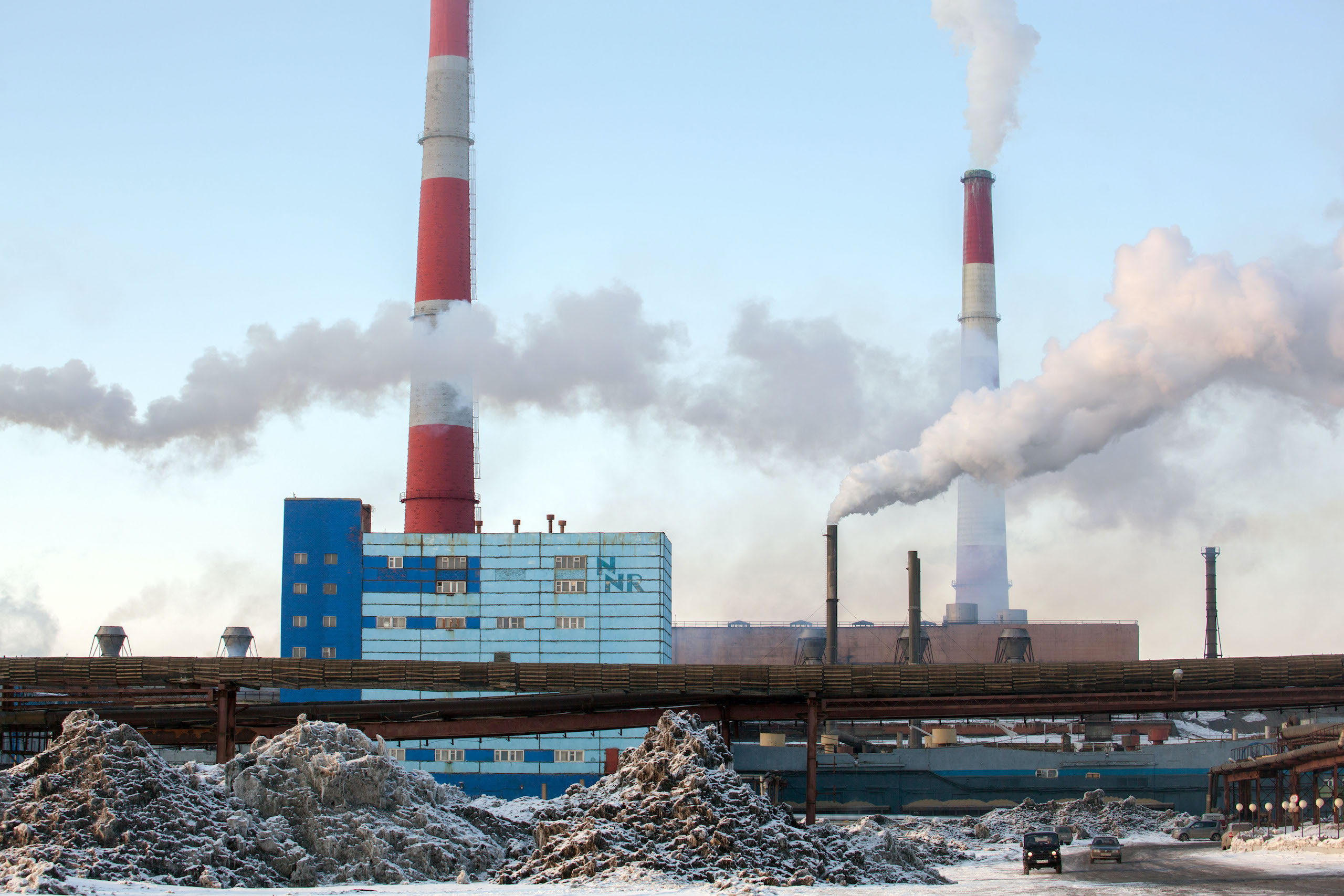 A smelting plant belonging to Norilsk Nickel, in the Russian city of Norilsk. After a number of pollution incidents, the company has tried to rebrand itself as a supplier for electric vehicle batteries. (Image © Liza Udilova / Greenpeace)

Tsingshan has no doubt been scarred by its experience on the LME, but the exchange’s decision to halt trading has helped to minimise its losses. With revenues of 352 billion yuan (US$53 billion) last year, the company is big enough to recover from the debacle.

It’s likely that Xiang will move into the battery market with the same determination he’s used to become the world’s largest and lowest-cost producer of stainless steel.

The mushrooming of Tsingshan’s nickel empire

Tsingshan has its origins in the explosion of private enterprise in the city of Wenzhou, Zhejiang province, in the 1980s, following reforms brought in by Deng Xiaoping to loosen the state’s grip on the economy, epitomised by the “Wenzhou model”.

As Wenzhou’s private economy began to boom, Xiang and his relative Zhang Jimin decided to leave the security of the state sector and founded a company to make car doors and windows in 1988. They eventually set up a stainless-steel company in 1992, which was one of China’s first private steel producers.

Yet by the time of the global financial crisis of 2008, Tsingshan, and the rest of China’s steel industry, were facing a nickel shortage. “Sixty to seventy per cent of our stainless steel is nickel, but who produced this nickel?… China had none of its own production,” Xiang recalled. So, in 2009, Xiang decided to go to the world’s biggest producer, Indonesia, and invest in nickel mining. “The decision was forced upon them,” due to the shortage of nickel, a person who knew Xiang well told me. It would later pay off handsomely.

In October 2013, Tsingshan signed an agreement with a local partner to establish the Morowali Industrial Park on the island of Sulawesi to produce nickel pig iron and stainless steel. Though the area was remote and without power, it represented a key plank in Indonesia’s strategy to derive more value from its natural resources. The key to unlocking that promise was Tsingshan.

Tsingshan started turning the Morowali Park into a giant stainless steel and nickel factory, complete with a four-star hotel, runway, port and 2 gigawatt coal-fired power plant. The park employed some 38,000 workers and the project received hundreds of millions of dollars in loans from Beijing’s key strategic lenders, China Development Bank, the China Export-Import Bank, and the British bank HSBC.

Today, Tsingshan is the biggest nickel producer in the world, accounting for around 20% of the global market. The Morowali park mainly produces nickel pig iron for stainless steel. But since last year, Tsingshan has also started to produce a source of nickel for batteries. It achieves this by making nickel matte, an intermediate form of nickel that contains around 75% to 80% of the metal. It also works via two other joint ventures – with Chinese cobalt producer Huayou Cobalt and battery recycling firm GEM – to produce Mixed Hydroxide Precipitate (MHP) for batteries.

At the same time, downstream in China, Tsingshan has ventured into the manufacturing of batteries, which will be built using the company’s nickel. Tsingshan has a well-capitalised battery subsidiary, Ruipu Energy, and an energy storage developer, Foxess. This year it invested $375 million to build a lithium plant in Argentina with France’s Eramet, and also agreed on a deal with China’s SAIC Motor to invest 5.5 billion yuan (US$824 million) to build a battery gigafactory in southern Guangxi province.

How will the mountains remain lush?

With investments by Tsingshan and other Chinese companies, such as Huayou Cobalt, Indonesia is likely to be the dominant supplier of nickel for EV batteries by 2025.

But there is an environmental cost to producing nickel matte in Indonesia. It requires large furnaces that rely largely on captive coal-fired power in the country, and can emit almost six times as much carbon dioxide per tonne as producing nickel in Canada, according to the International Energy Agency.

In addition, nickel mining often requires stripping large areas of upland forest to access the lateritic nickel ore near the surface, which can lead to run-off that impacts communities. In addition, many nickel mines also produce hexavalent chromium, which can damage human health. This is the chemical Erin Brockovich campaigned about in the US in 1993, leading to the Oscar-winning Hollywood film after her name. 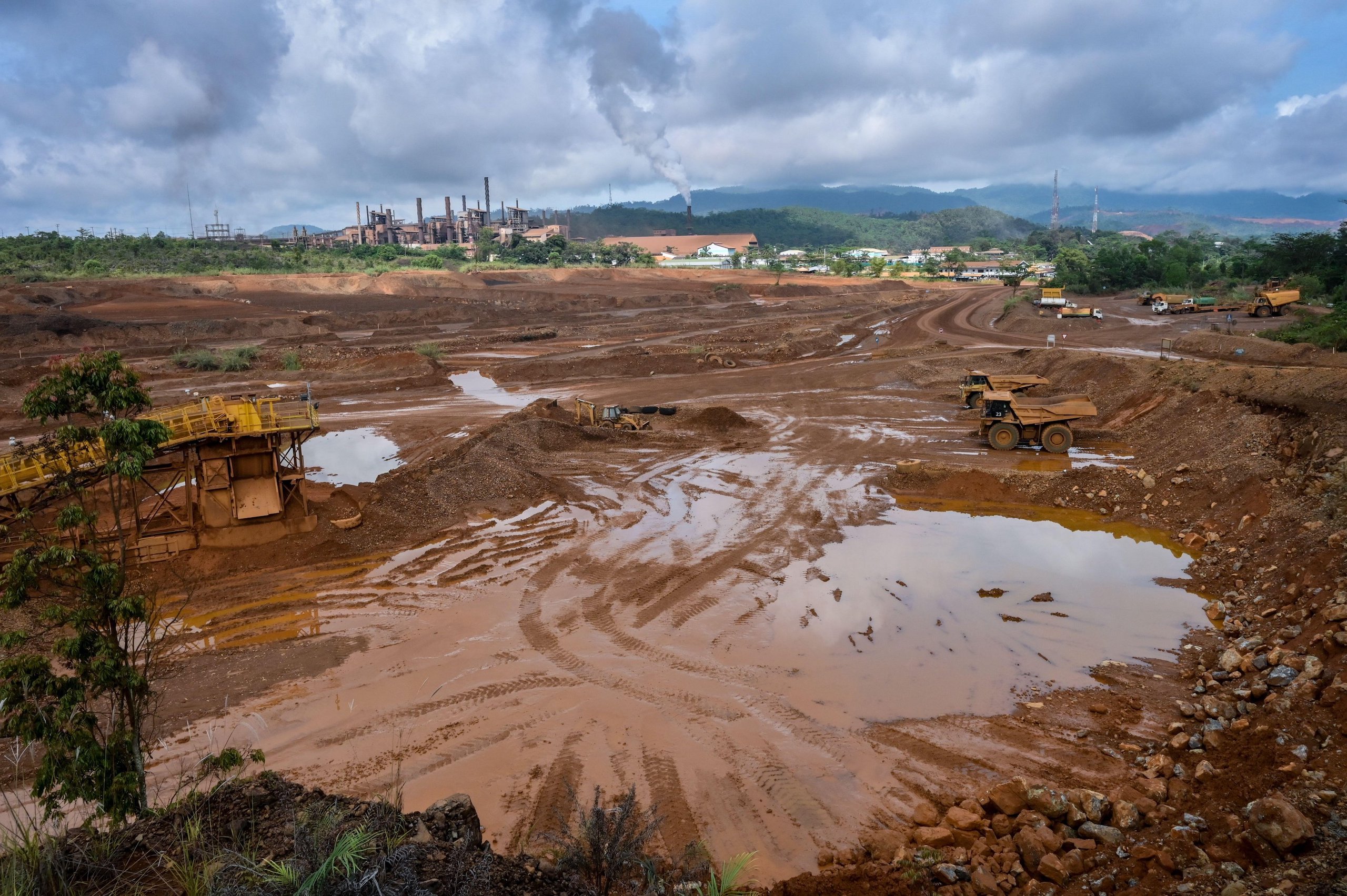 Processing low-grade lateritic nickel ore, with less than 2% nickel content, consumes many times more energy than higher-grade ores such as nickel sulphides widely used outside Indonesia. It also produces waste that can impact the local environment if not properly disposed of. Chinese nickel projects could produce millions of tonnes of waste this year, according to estimates from Russia’s Norilsk Nickel.

At the Chinese-owned Ramu nickel mine in neighbouring Papua New Guinea, mine waste is disposed of directly into the deep sea, a process that can smother the seabed, and damage marine ecosystems if the waste resurfaces. Chinese companies in Indonesia initially wanted to use the same process but after government objections it looks more likely they will store their waste on land, using a so-called “dry-stack tailings” process. Ningbo Lygend, a Chinese company that has built a nickel-processing plant in Indonesia for the EV battery market, recently warned in its application to list on the Hong Kong stock exchange that this would be more expensive.

Will automakers be willing to accept nickel from Indonesia, despite its environmental footprint? The evidence suggests they will. In March, Volkswagen China said it had signed an agreement with Huayou Cobalt and Tsingshan to develop nickel and cobalt resources in Indonesia. Huayou and Volkswagen China said their project would be sustainable without giving more details.

The carbon footprint of the Morowali Park – a key infrastructure project of President Xi’s signature Belt and Road Initiative – will help determine its legacy in countries like Indonesia. In March, China’s National Development and Reform Commission said: “[We must] make green the background color of the Belt and Road.”

Will it be a green Belt and Road? In March 2021, Tsingshan, which means “lush mountains” in Chinese, said it would build 2 GW of renewables in Indonesia. The company also committed to Xi’s pledge to build no new coal-fired power plants overseas. But a green BRI also requires a departure from the problems of old: deforestation, the dumping of mining waste in the ocean, and the reliance on polluting coal-based energy sources.

Unless Indonesia forces its nickel industry to clean up by using more renewable energy and disposing of its waste properly, the country will shoulder a growing environmental burden from the EV revolution. “The net result is we have clean air in our cities – but then we destroy a rich biodiversity area,” the Indonesian environmental activist Pius Ginting said.

The industry’s path will likely be in Xiang and Indonesia’s hands. Without Russian nickel, Indonesia has a growing role to play in the auto industry’s transition to EVs. If Xiang can recover from his mistaken trading bet, he could still be a winner from Russia’s invasion.

Volt Rush: The Winners and Losers in the Race to Go Green by Henry Sanderson will be published by Oneworld Publications in July 2022.