On The Lessons From Australia’s Election - bdsthanhhoavn.com Skip to content 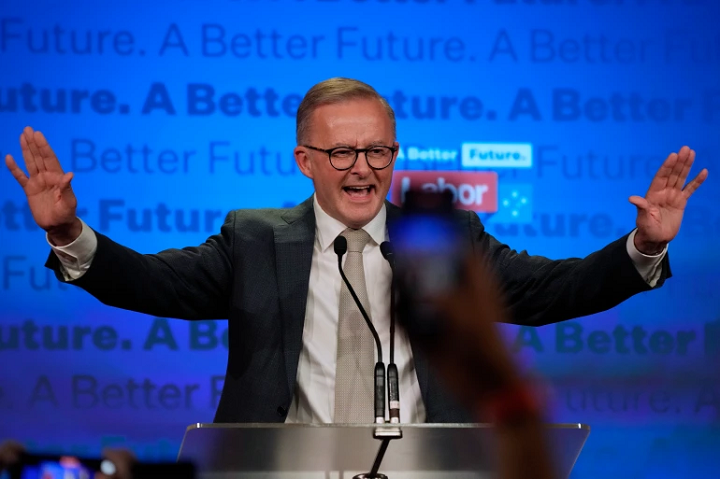 Australia’s
new PM Anthony Albanese faces an obvious dilemma, barely
before he gets his feet under the desk. Australia is the
world’s leading exporter of coal. Will the new Labor
government prioritise the jobs for Queensland/NSW workers in
its mining-dependent communities – or will Labor start
to get serious about climate change, and risk the
inevitable political backlash from making a major shift into
renewables?

In 2019, Labor’s attempt to have it both
ways on coal cost
it the Queensland seats that threw a surprise election
victory to Scott Morrison. Albanese was determined to not
make the same mistake twice. On the campaign trail Albanese
said that he welcomed the jobs that three mooted new
mega-mines (and related rail infrastructure) would create in
and near Queensland’s Galilee Basin, and that
these new mines could open so long as they met
(unspecified) environmental standards. Allegedly, as the war
in Ukraine intensifies, Aussie coal would help European
nations to wean themselves off their reliance on Russian
coal and gas.

More coal plus emissions
cutbacks? That was the fudge that Labor felt to be necessary
this time, lest it once again snatch defeat from the jaws of
victory. However, the new Labor government faces a different
parliamentary landscape in 2022 Right now, it is still
unclear – until all the preferences and all the three
million postal votes get counted – whether Labor is going to
be able to govern alone, or only as a minority government.
Even as a minority, it will be able to find enough allies on
the crossbench, which has never been bigger in any Aussie
lower house before. But at what cost in policy
concessions?

Currently, the Greens – who could end
up holding the balance of power in the Senate – are talking
about forcing a moratorium on further coal mines. Leading
teal independents Zali Steggal and Allegra Spender are
promoting a private members bill to block approvals for
further coal mining projects. Another successful teal MP, Dr
Monique Ryan in Kooyong, has said that the new government
will have to pursue a 60 per cent emissions reduction target
by 2030 — which is much higher than Labor’s current target
of a 43 per cent reduction by 2030.

Plainly, it is
going to be very difficult to find a solution on coal
that’s going to be in any way acceptable to the coal
mining communities in Queensland and in NSW’s Hunter
Valley and to the urban/suburban voters in Sydney,
Brisbane and Melbourne who have voted so resoundingly for
the federal government to take drastic action on climate
change.

As yet Albanese has given no clues about how
he proposes to resolve the contradiction. There are two
clashing worlds in Queensland. In and around Brisbane, there
is talk of a “green wave” amid the recently flood
stricken electorates along the Brisbane river, where voters
have experienced (first-hand) what climate change can do to
their lives. In the rest of the state though (and places
elsewhere) though, mining still rules.

For now, Australia is going to have to wait a
bit longer for all the votes to be counted to see if – and
by how much – Albanese will be dependent on the Greens and
the roughly 10 or so “teal independents” for confidence
and supply. The teal independents have two main priorities.
They are demanding immediate action on climate change, and
they also want an independent commission to investigate
political corruption. Labor has said it has no problem in
offering them the anti-corruption panel.

Unfortunately
for Albanese, he is unlikely to enjoy a honeymoon period,
since there was little enthusiasm for him (or for Labor) on
the campaign trail. Voters in general – and women voters
in particular – felt a visceral dislike for Scott
Morrison, but for his part, Albanese generated little in the
way of positive enthusiasm. As a result, voters left
both major parties in droves.

Ironically, the
final outcome in some key electorates is now being delayed
precisely because the Electoral Commission commenced its
vote count in the age-old fashion by counting the
preferences cast for the two major parties. Yet in several
key electorates these preferences were not the crucial
factor. In Brisbane seats like Ryan and Brisbane itself, it
has been the preferences for the Greens that are proving
decisive.

Footnote: Despite the
cliché, winning obviously isn’t everything in politics
after all. Scott Morrison’s victory in 2019 has proven to
be a disaster for the centre-right, with repercussions that
may last a decade. A generation of centre-right support has
been wiped out, and/or has gone elsewhere. The teal
candidates were Liberal moderates, and moderate Liberals
voted for them. Those voters may never come back – and
especially not if as expected, Peter Dutton takes over the
Liberals leadership.

The different voting systems make it
difficult to read direct implications here from the
Australian result. Compulsory voting in Oz probably fuelled
the voter dissatisfaction with the two major parties. The
preferential system also helped to deliver the victories won
by the teal (ie blue/green) independents. The crucial ratio
needed for their triumph seemed to be a 45 % or below
approval rating for the incumbent, in unison with a 30% or
higher name recognition fir the challenger.

Under MMP
though, it is very difficult – but not utterly impossible
– for support for independents in electorate battles to
translate into seats in the House. In Australia, it was high
profile local candidates – almost all of them professional
women who had high public profiles – who won the
electorate battles. While (mostly) it was sitting Liberal
MPs who were displaced, the toll did include at least one
Labor candidate (Kristina Keneally in the Sydney seat of
Fowler) who had been parachuted into this Labor seat by head
office. The winner though proved to be local deputy mayor
Daii Le, who is unconnected to the Climate 200 group that
funded the teal independents elsewhere around
Australia.

The relevant lesson from Australia is that
voters want drastic solutions on climate change, not
aspirational policies that merely kick the can down the
road, and give another five or ten years of latitude to
business-as-usual. Unfortunately, the Greens in New Zealand
are not a radical alternative. With James Shaw as their most
visible face, they as just as likely to be seen as fellow
travellers with business as usual, rather than a source of
cutting edge solutions on climate change. .

Both our
major parties deserve to come under increased pressure on
climate change. So far, Act and National still seem to be
living in the 20th century on this issue, and on others. Tax
cuts, austerity cutbacks and a denial of urgency on climate
change are outmoded responses to society’s current
problems. Meanwhile Labour and the Greens – if the
Emissions Reduction Plan is anything to go by – seem risk
averse to a voter backlash from rural/provincial New Zealand
if they dared to pursue sweeping solutions and a more urgent
timetable on climate change. We seem stuck in halfway
measures, at best.

As in Australia, women voters may prove to be
the decisive voice in Election 2023. As this column pointed
out last week, male voters seem to be very susceptible to a
man in a business suit delivering a TED talk about the power
of positive thinking. Women, though, have to deal with the
cutbacks in public services that tax cuts render inevitable.
Women also seem to have a keener insight into what climate
change is already doing to the planet that their kids, and
grand-children will inherit.

Will women voters here,
like those in Australia, put crucial pressure on both major
parties to lift their game on climate change and on social
inequality? We can but
hope.

Support the news you love

Scoop has been a champion of independent journalism and open publishing for over 20 years. It stands for informing New Zealanders through straight-talking independent journalism, and publishing news from politics and a huge range of sectors. Now, more than ever, sustainable financial support will help to keep these vital and participatory media services running.

Find out more and join us:

Become a member
Get our free pānui