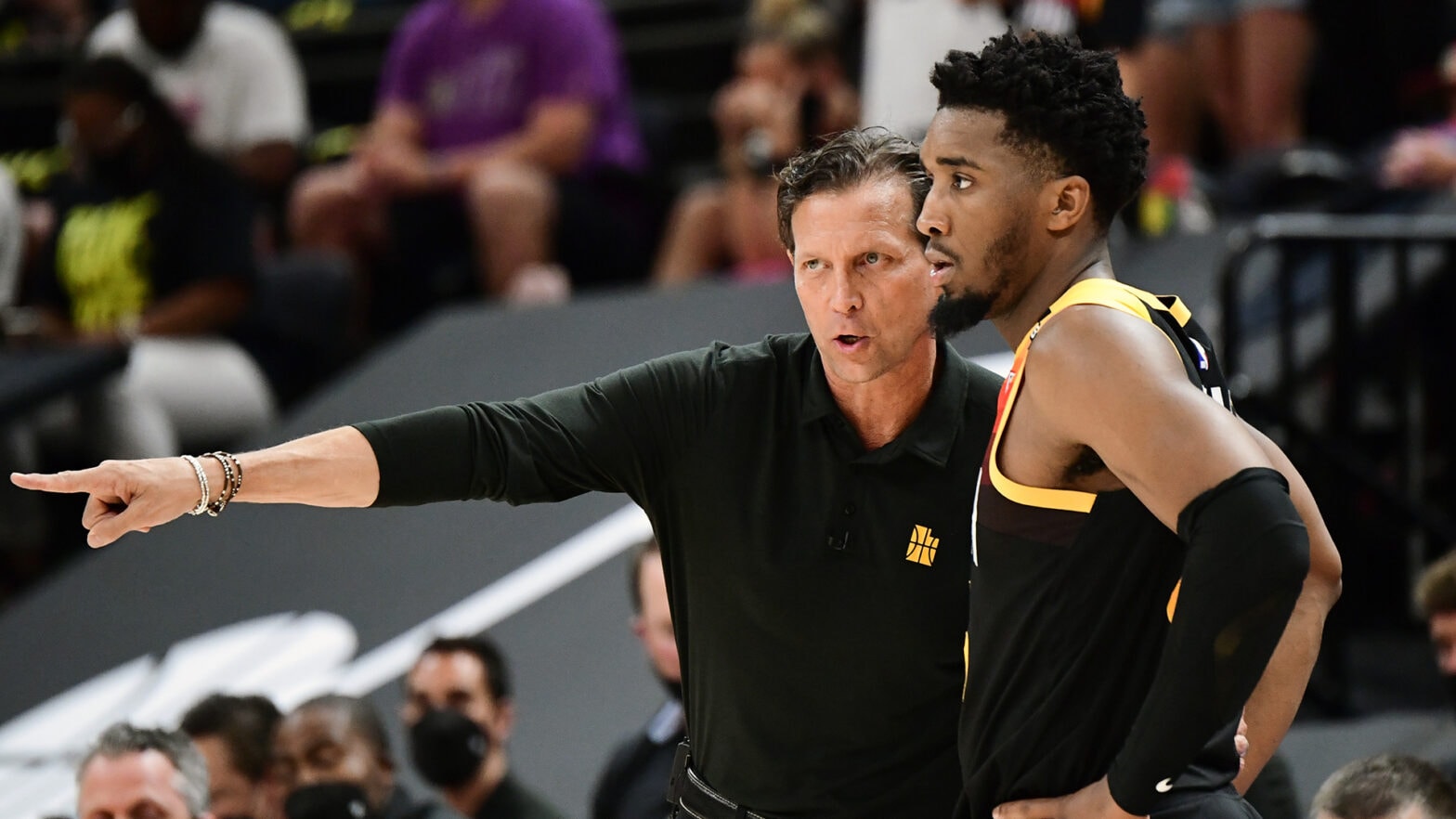 Snyder leaves his coaching position in Utah as the 2nd-winningest coach in franchise history.

SALT LAKE CITY – The Utah Jazz announced today that Quin Snyder is concluding his tenure as the franchise’s head coach.

Snyder departs Utah following eight years with the Jazz and a 372-264 (.585) regular season record. He leaves the Jazz as the second-winningest coach in franchise history.

“Quin Snyder has embodied what Jazz basketball is for the last eight years,” said Utah Jazz Owner Ryan Smith. “The tireless work ethic and attention to detail Quin displayed each day is a testament to the professional he is. I have nothing but admiration for Quin and respect his decision. On behalf of Ashley and I along with our ownership group and our entire organization, we thank Quin and Amy from the bottom of our hearts for all of their contributions to the state of Utah and the Jazz and wish them nothing but the best.”

Snyder finished his eighth season as head coach of the Jazz in 2021-22, leading the team to six-straight playoff appearances and advancing to the Western Conference Semifinals in three of the six showings. Over the past six seasons, Snyder led the Jazz to a 294-178 (.623) record, which was the third-best winning percentage in the NBA and best in the Western Conference during that span.

In 2020-21 he led the Jazz to the best record in the NBA (52-20, .722) and the highest winning percentage in Jazz history on his way to being named Head Coach of Team LeBron at the 2021 NBA All-Star Game. In 2017-18, Snyder was the runner-up in NBA Coach of the Year voting. He was named Western Conference Coach of the Month four times during his time with the Jazz.

“I am incredibly grateful to have spent the last eight years with such a respected and historic organization and in the beautiful, kind, supportive community of Salt Lake City. I could not have asked for better owners in the Miller family and with Ryan and Ashley,” said Quin Snyder.

“They represent the Utah Jazz in every good way and I know the team couldn’t be in better hands with Ryan’s ownership. He is fiercely proud of and committed to doing what is right for the Utah Jazz and bringing a championship to Utah. It has also been an honor working with the entire ownership group, Mike, Ryan, Dwyane and others. Danny and Justin are providing strong leadership and I greatly appreciate their efforts and working with them.  At the core, and what drives me every day is our players and their passion for the game, their desire to constantly work to improve and their dedication to the team and the Jazz. I strongly feel they need a new voice to continue to evolve. That’s it. No philosophical differences, no other reason. After eight years, I just feel it is time to move onward.”

“I needed to take time to detach after the season and make sure this was the right decision. I greatly respect and appreciate Ryan, Danny and Justin’s discussions regarding moving forward together, I just know it is time. I am forever appreciative of all the players, coaches, partners, and people I have worked with at the Jazz. Your sacrifice, your kinship have made this an incredible and special experience. Amy and I are so grateful for our time here as it has been just a tremendous place to raise our family. Thank you to our always supportive and passionate fans. We only want the best for you and to see you raise a championship banner.”