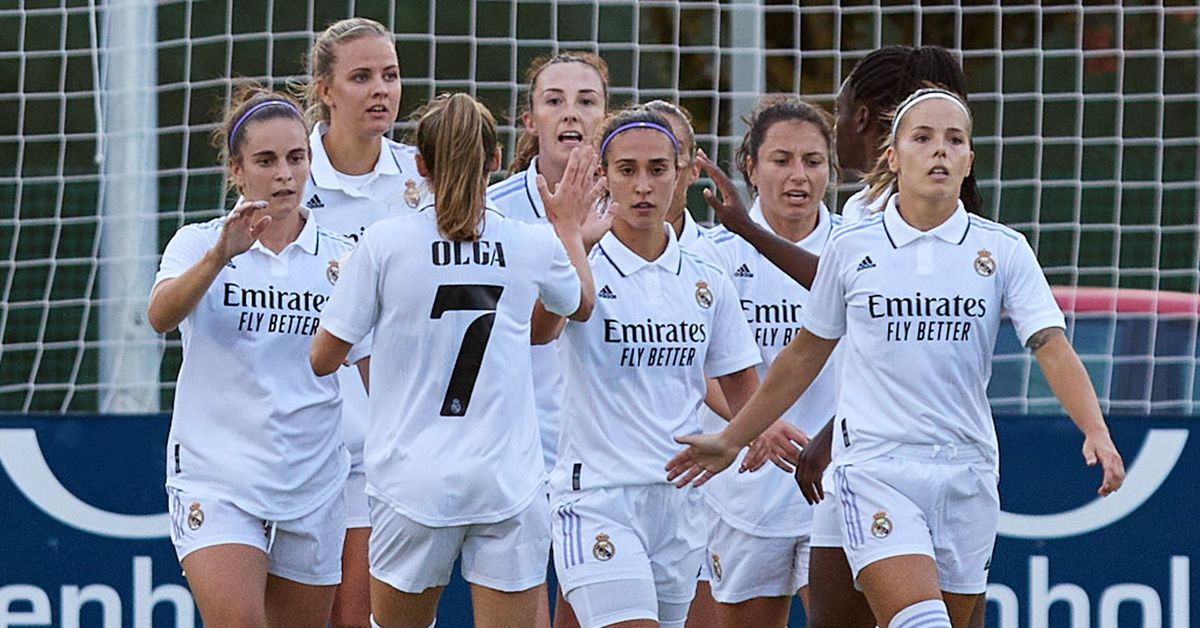 Real Madrid Femenino began preseason life with a comfortable 3-1 win over Osasuna in the Copa Sentimiento.

It took a while for Madrid to start chugging along, but some nice dynamics started to emerge once they did. Zornoza and Teresa zipped the ball around at a good pace and became their side’s main progression hub when Naomie Feller found her rhythm, roaming inside to offer as an outlet between the lines.

She opened the scoring in the 12th minute, crashing the area late after Tere broke lines to find Feller — the latter of which was a constant theme of the half.

Weir got in on the act again in the 26th minute, winning the ball back and feeding Nahikari García in on goal. The ex-Real Sociedad striker tried to play a return pass but had her effort deflected into the back of the net.

Although that was probably an own goal, you won’t find many who will protest too much about that being given to Nahikari.

Coach Alberto Toril changed all of his outfield players in the second half, shaping them up in a 4-4-2/4-2-3-1 (right to left): Gérard; Kenti, Sousa, Pichi, Svava; P. Partido, Toletti, Lorena, Athenea; Esther, C. Camacho.

The heavy alterations understandably brought Madrid back to square one synergy-wise, causing Las Blancas to lose control of the game early on. Osasuna took advantage with a few spritely attacks, eventually prompting Sofie Svava to commit a foul in the box. As a result, the home side were able to cut the deficit in half.

The team never looked as good as they did before in this somewhat haphazard eleven, but the three youth team players — Pichi, Paula, and Carla — all shined in their own way: Pichi showed good confidence and positivity on the ball; Paula made things happen off-the-dribble; and Carla got on the end of a few great chances thanks to her movement and defensive intensity.

Madrid put the game to bed in the 81st minute; Athenea recovered a long rebound from a corner and fed Esther through, allowing the latter to tee up Sousa for a powerful header.

There’s no need to go crazy with takeaways and analysis for this one. It was nice to see the team back in action and even nicer to see no one get injured.

If you want a full match replay of the All White’s 3-1 win over Osasuna, see below: