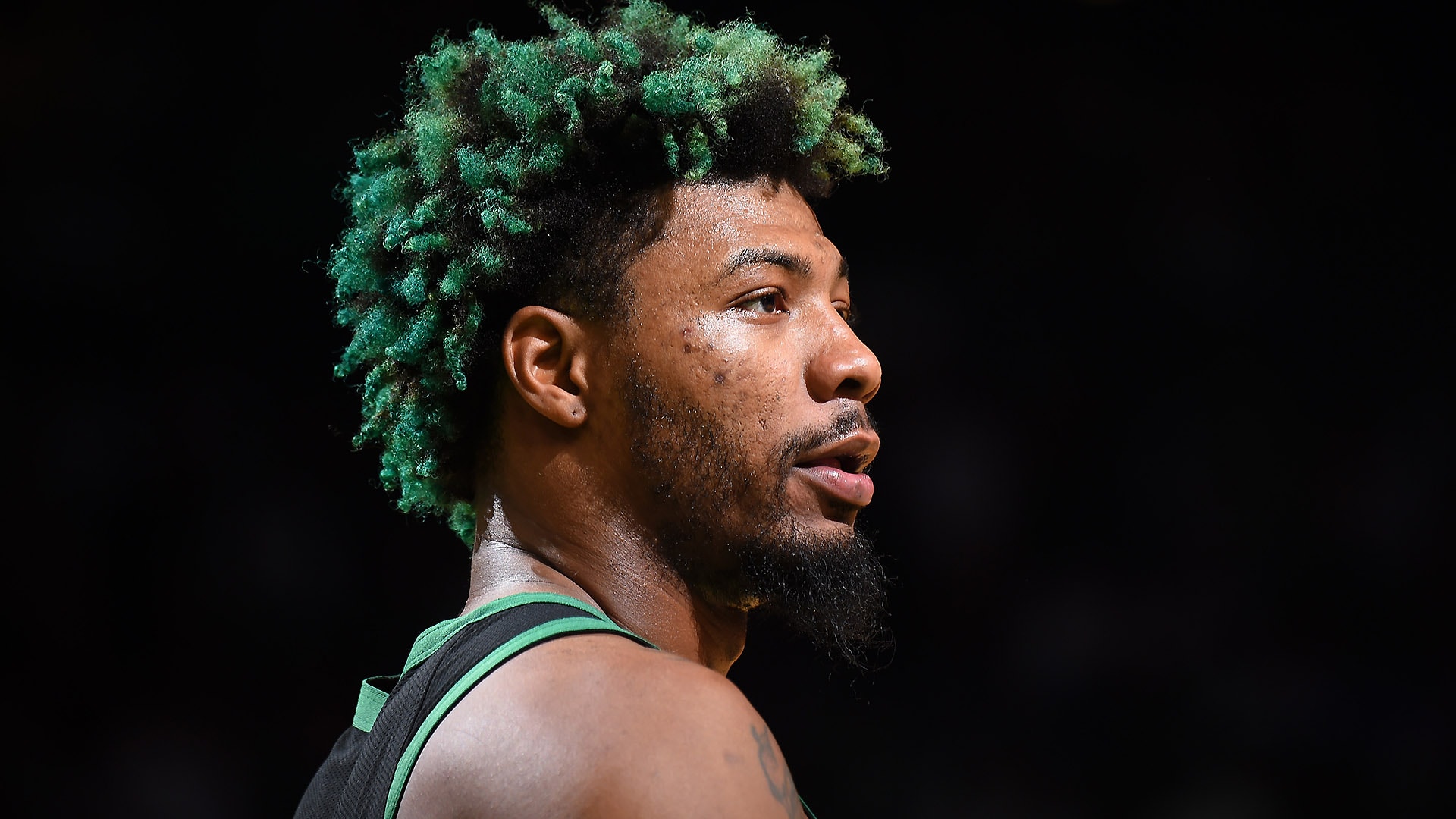 Marcus Smart has not played yet in the Eastern Conference finals.

Boston Celtics guard Marcus Smart, who missed Game 1 of the Eastern Conference finals, is aiming to return to the lineup for Game 2, per Chris Haynes of Yahoo Sports. Smart’s return is contingent on how the right mid-foot sprain he’s suffering from responds to treatment over the next 36 hours.

Boston was without Smart and veteran center Al Horford for its eventual 118-107 loss to the Miami Heat on Tuesday. Horford entered the NBA’s Health and Safety Protocols and, per Haynes, seems unlikely to be cleared in time for Thursday’s Game 2 (8:30 ET, ESPN).

Sources to @ChrisBHaynes: Celtics G Marcus Smart is aiming towards a return in Game 2 against the Heat, but Al Horford is unlikely.

Derrick White was added to the starting lineup in Smart’s place, and Grant Williams was starting in place of Horford.

Additionally, the Celtics announced Wednesday that coach Ime Udoka is dealing with a non-COVID illness.

Boston was already bracing for Smart — the league’s Kia Defensive Player of the Year — to be out, after he injured his foot on Sunday in Game 7 of Boston’s East semifinals win over Milwaukee. But losing Horford was a surprise blow to the Celtics, adding to the team’s lineup dilemma.

Udoka said Tuesday he initially found out about Horford’s status around 5 p.m. that day, or roughly 3 1/2 hours before tip-off. He would not say if Horford tested positive.

Horford averaged 13.0 points and a team-best 10.4 rebounds in the Celtics’ seven-game win over Milwaukee, starting all those contests. This is the start of Horford’s third stint in the protocols this season; he missed time in the preseason and Boston’s season opener, then missed five more games in December.

Typically, it has taken players who test positive a minimum of five days to escape the protocols. The teams will play every other day in this series and Boston hosts Games 3 and 4 on Saturday and Monday, respectively.

Smart played in six of the seven games against Milwaukee. He missed Game 2 because of a quad injury. Then came the foot issue, causing the Celtics to originally list Smart as questionable on their injury report — though Udoka cautioned after the team’s morning shootaround Tuesday that he was still dealing with considerable soreness. Overall, he is averaging 15 points, 3.7 rebounds and 6.2 assists per game in the 2022 playoffs.

The Celtics are 5-9 without Horford this season and 5-8 without Smart.

Information from The Associated Press was used in this report.