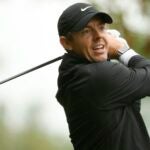 Welcome to Wall-to-Wall Equipment, the Monday morning gear wrap-up in which GOLF equipment editor Jonathan Wall takes you through the latest trends, rumors and breaking news.

Rory McIlroy isn’t one to change the 3-wood on a whim. The club has to be better in every conceivable category before he makes the swap official — and even then it might not be enough. There’s a reason why he tends to keep his 3-wood for a couple of seasons instead of immediately adding the latest iteration to the bag.

After sticking with SIM for long stretches — we can’t forget the mysterious missing SIM2 3-wood at Liberty National — SIM received the bump in favor of a 15-degree Stealth at TPC Potomac.

For McIlroy, Stealth offered a touch more spin (3,100 RPMs draw, 3,600 RPMs fade) with the ability to work the ball both ways. In addition to the performance benefits, the four-time major winner found the 3-wood head sat squarely at address — something Masters champion Scottie Scheffler also pointed out when he made the jump to a Stealth Plus driver.

“This driver, to me, looked better than their older heads did,” Scheffler told GOLF.com. “There was more going on with the top of the driver with the older one — like different colors — and it sometimes looked open to me. When I set [the Stealth] down, it looks really square.”

Sure, Scheffler’s driver and McIlroy’s 3-wood are completely different clubs, but it’s interesting that two of the best in the game found Stealth to have better eye appeal in the address position.

A big reason for the high marks can be attributed to the all-black carbon fiber crown and titanium body. After years of going with a two-tone look, TaylorMade returned to a more traditional appearance with Stealth.

Based on Tour feedback from two of its best, the change is certainly working.

Jason Day and TaylorMade’s Spider Limited Red putter go together like peanut butter and jelly. The Aussie was the first pro to put the red mallet in the spotlight, at the 2016 Players Championship, before eventually going away from it in 2021 after years of use.

The shift to something different also coincided with arguably the worst stretch of putting in Day’s career.

“I remember a year and a half ago I put two tees between either side of my putter and I couldn’t stroke it between the two tees,” he said last week. “I was more concerned about the putting more so than the actual swing itself.”

When things go sideways, most pros revert to something that’s worked in the past. For Day, that meant pulling his Spider Limited Red out of the #timeoutcloset and giving it another shot.

While the start was promising, the weekend produced a mixed bag of results that saw Day gain nearly 3 strokes on the field with the putter through the first two rounds, before giving all of it back — and then some — over the weekend. In the end, Day finished 50th in SG:P at TPC Potomac.

For at least one week, Rickie Fowler appears to have fixed his putter woes. Ranked 161st in SG: Putting, Fowler asked Cobra Tour reps to build him a custom King Stingray-20 mallet at the RBC Heritage. In the weeks that followed, Fowler tested the putter at home to get acclimated to the Descending Loft Technology and new profile before officially adding it to the bag at the Wells Fargo Championship.

“He liked the putter from the start,” said Cobra Tour rep Ben Schomin. “Loves how it sets up, the long alignment line, swings great and has Descending Loft, which he loves.”

While Fowler’s Stingray-20 looks nearly identical to the retail version, Cobra 3D printed a version without the wings that are situated along the perimeter to give it a cleaner look at address.

Fowler ranked 10th in SG:P for the week, gaining a combined 4.337 strokes on the field with the flatstick.

It’s been a year of expansion for TaylorMade’s Tour staff. With Scottie Scheffler and Keita Nakajima in the fold, the equipment manufacturer announced the arrival of current British Masters champion Thorbjørn Olesen to the roster on Monday.

“I’ve been playing TaylorMade on and off for a while now and I felt that the best golf I’ve played has been with TaylorMade clubs. TaylorMade’s a great company to be a part of, it’s a great team with great players. I’m proud to be associated with TaylorMade and I look forward to the future together.”

According to TaylorMade, Olesen will continue using a Stealth Plus driver, P7MC irons and Milled Grind 3 wedges. He plans to test TaylorMade putters and golf balls in the coming weeks, in an effort to make a full equipment transition.

Recreational golfers have never complained about hitting the golf ball too solid. Professional golfers, on the other hand? That’s a different story. After switching to a new set of Titleist T100 irons at the Mitsubishi Electric Classic, Steve Flesch noticed the ball was coming out too hot on approach shots.

Unsure how the irons would perform after two days of play, Flesch did the unthinkable and returned to a set of Srixon ZX7s for the final round in Atlanta.

“I had a brand new set of irons, they’re beautiful, but I put heavier shafts in them and honestly, I was hitting them so solidly that they were kind of going a little too far,” Flesch said. “When you kind of have been playing as long as we have, you have numbers in your head where your 8-iron goes a certain distance. Well, this 8-iron was going another five yards and that trickles down throughout your clubs. Yesterday I hit it over a couple greens and it kind of freaks you out. I just said you know what, I’ll put the other ones back in.”

Flesch’s son, Griffin, deserves credit for getting the ZX7 irons in his dad’s hands.

“I had Griffin FedEx some irons down to me last week in Houston and I used them down there,” he said. “Then I changed. I went home from Houston, picked up the set of irons I used the first two days here, but I brought two sets with me this week. You never know. Being left-handed’s kind of tough, I can’t just go pick them up somewhere, especially with the supply issues now. PGA Tour Superstore doesn’t have a whole lot of left-handed stuff.”

In the end, the final-round gear change turned out to be the right call as Flesch fired a 7-under 65 to finish one ahead of David Toms.

Want to overhaul your bag for 2022? Find a fitting location near you at GOLF’s affiliate company True Spec Golf. For more on the latest gear news and information, check out our latest Fully Equipped podcast below.

Jonathan Wall is GOLF Magazine and GOLF.com’s Managing Editor for Equipment. Prior to joining the staff at the end of 2018, he spent 6 years covering equipment for the PGA Tour.