Scrapping the two-legged Champions League semi-finals – would it work? - bdsthanhhoavn.com Skip to content

Time-wasting, diving, half-and-half scarves, London finals between northern teams, corruption, over-spending, racism, bad takes on Villarreal: the list of things football could do without is not short, but semi-finals in European club competitions… really?

Apparently, reducing the number of appointment-to-view, sold-out, instant classics, is under discussion, though.

UEFA president Aleksander Ceferin certainly discussed it last year with French newspaper L’Equipe — “I’m in favour of a ‘final four’ in the Champions League” — and Nasser Al-Khelaifi, the president of Paris Saint-Germain and chairman of the European Club Association (ECA), was mulling it over on this platform only last month.

And then last week, British newspaper The Times reported that “momentum is building for two-legged Champions League semi-finals to be scrapped, with leading European clubs backing a plan to play the semis and final over a single week in one city”.

The report noted the supportive comments from Ceferin and Al-Khelaifi, two of the most powerful executives in football, and suggested the European Club Association (ECA), the group that represents the clubs that compete in European club competitions, is “preparing to throw its weight behind the idea”.

There were no new quotes in the piece but The Athletic has heard similar whispers, too, so that was not unusual. In fact, it read like exactly the type of exploratory, toe-in-the-water, off-the-record idea that gets run up the flagpole in the weeks before a UEFA congress and executive committee meeting.

If it provokes fury, keep your head down and everyone will forget you mentioned it. Not that you mentioned it, of course. If it is met with resigned shrugs, or perhaps even enthusiastically greeted, game on. Or games off, in this case.

How do we gauge the response to this mission statement, then?

“I literally have no idea where it came from,” says one European football source, while another says “this has been taken completely out of context”.

It was not discussed at last week’s European Leagues general assembly in Istanbul and is not on the agenda at next Monday’s ECA board meeting or UEFA’s executive committee a day later.

But that does not mean nobody is talking about it over drinks and nibbles.

“It’s still at the idea stage — one of many thrown around,” explains the boss of a leading European club. “With new ideas, you always get those who propose them versus the traditionalists. Many people liked the final tournaments during the pandemic, hence this discussion. But that’s all it is and it’s not close to finalising.”

So, let us weigh the pros and cons of replacing two-legged semi-finals, home and away, with a week-long “festival of football” comprised of two semis, a youth final, a women’s game, concerts, something involving legends of the game and anything else the events and marketing departments can squeeze in before finishing with the men’s final.

Jeopardy is not a word you hear much unless you really like the long-running American TV quiz show, your job is particularly dangerous or you are involved in the organisation of sports competitions. If you do the latter, you hear about jeopardy constantly.

“Single-leg games provide the biggest and best drama in football, no question,” explains one owner of a leading European club. “So, from a ‘show’ point of view, they’re great.”

And this is what Ceferin was driving at in 2021 when he told L’Equipe: “It could be great and effective in terms of revenue if done right.” 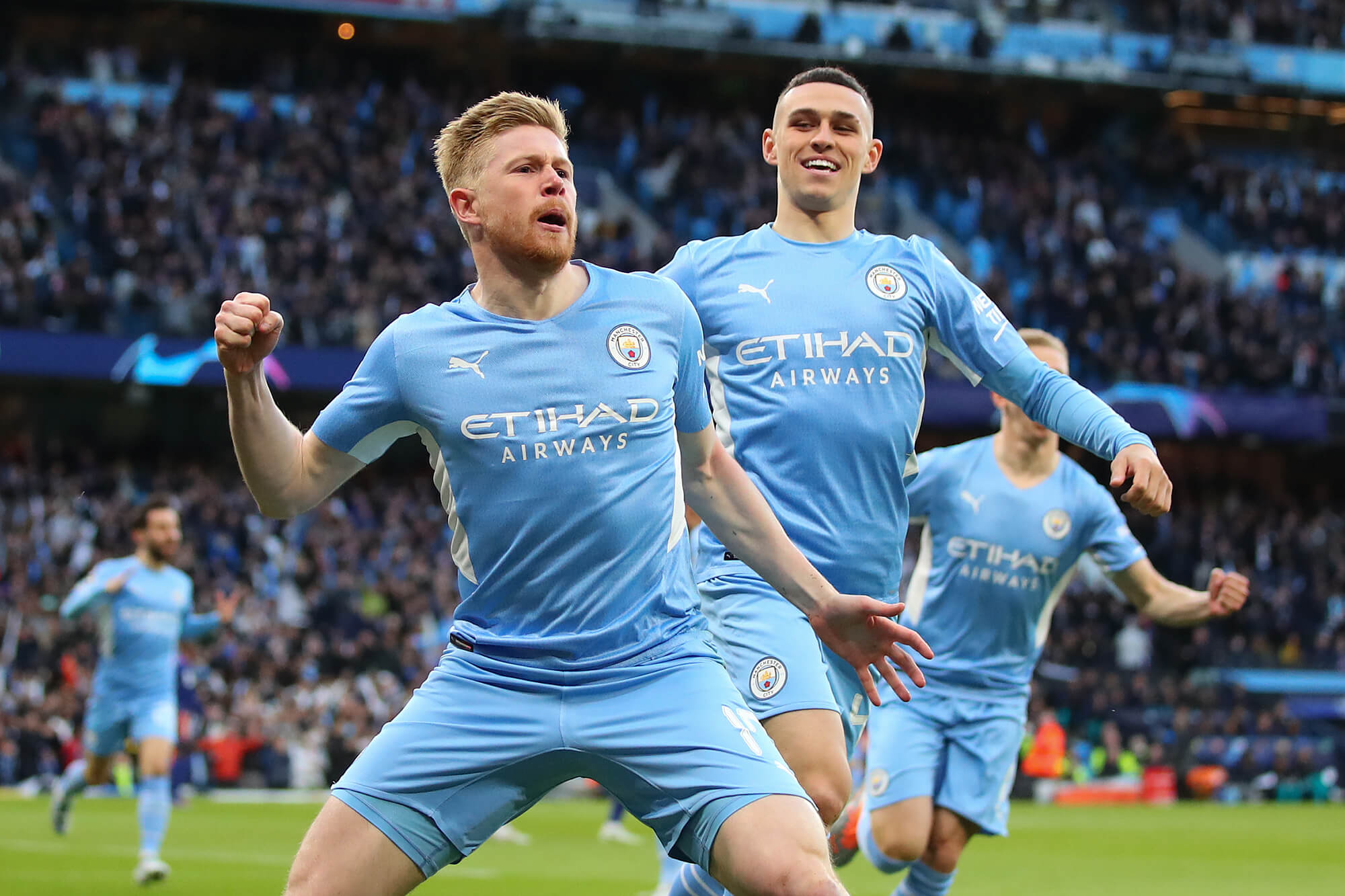 Necessity being the mother of invention, the Slovenian was talking about creating a “final four” for the Champions League a year after the pandemic had forced UEFA to put on “final eight” tournaments for the Champions League and Europa League in Portugal and Germany respectively. Postponed until August to enable all the domestic seasons to resume and finish, the conclusions to the European club competitions were reduced to seven single-leg games over 12 days.

As Europe was still in the grip of the pandemic, there were no fans at any of these games but the matches looked good on TV, which prompted some to wonder if this type of finale could join working from home, global efforts to find quick cures for illness and Joe Wicks workouts on the list of pandemic positives. After all, international football tournaments are settled by single-tie games in the same country over a short period, and they create jeopardy.

Al-Khelaifi was making similar points when he spoke to The Athletic last month. In that interview, he talked about the Super Bowl “feeling bigger” than the Champions League final because Americans have a “mindset” for creating a sense of occasion. He referenced the Super Bowl’s famous half-time show and that the NFL has been trying to build the week before a Super Bowl into an event in itself.

He also suggested the Champions League tournament should start with a showpiece game, perhaps involving the defending champions, and turning the Super Cup into a mini-tournament that could be taken outside Europe at the start of the season.

In short, the beIN Sports, ECA and PSG boss was firing off ideas in all directions — fair enough, when you remember he only got the ECA job as a result of his predecessor Andrea Agnelli, the Juventus president, and the bosses of 11 other elite clubs trying to form a European Super League because they said UEFA was leaving riches on the table.

On the specific topic of creating a “finals week”, Al-Khelaifi simply said PSG’s players, who lost the final to Bayern Munich after a fortnight in Lisbon, “loved the experience because they were together and focused”. He did not go as far as Ceferin in saying it was an experiment he wanted to make permanent, although it was jumbled up in his other ideas about marketing the Champions League better.

As it happens, the Champions League is a far bigger event than the Super Bowl, with a global TV audience usually three to four times as large as the American extravaganza. It should also be pointed out that the majority of US leagues either play their semi-finals, or conference championships, in best-of-seven series, with home and away games, or at the stadium of the team with the best regular-season record.

The exception is college basketball’s Final Four — the name is actually trademarked by the National Collegiate Athletic Association (NCAA) in the US.  The universities of Duke, Kansas, North Carolina and Villanova reached last month’s finale, with 70,000 fans packing into the Caesars Superdome in New Orleans for the semi-final double-header and a similar number present for the final two days later. Kansas beat North Carolina in the decider, with 17 million people watching on TV.

Not bad for student sport (and yes, we know you cannot compare US student sport to the inconsequential running about that European sportswriters may have participated in: we are joking).

And among all of the ideas Al-Khelaifi mentioned, a Champions League “final four” was the one that made the most sense to sports marketing expert Tim Crow when the topic was discussed on The Athletic’s Business of Sport podcast last month.

“What you’re getting there is high-quality sport with jeopardy,” he explained. “Having that as a week, a final four, definitely worked. Fans loved it, the clubs seemed to like it — that’s the sweet spot.”

Now, we know the fans of Duke, Kansas, North Carolina and Villanova can get a little noisy after a few drinks, paint their faces and even take their tops off for the cameras, but nobody in the hotel or entertainment sector in New Orleans was worrying about having those four fanbases in town for a long weekend.

How many cities in Europe even have enough hotel beds to house the travelling support of four big club sides for a week, let alone the resources to police the trouble that could occur if those four fanbases dislike each other or have history with teams in the host city?

So, maybe the real plan is to take it outside of Europe, which would reduce the number of travelling fans and hotel beds needed. But is that what the fans of Europe’s biggest teams want? Fans who follow teams that play in these games find it much easier to get tickets for home legs than finals at neutral venues, where allocations are reduced to let UEFA invite its corporate backers.

UEFA would also look a tad hypocritical if it backs a final four in Doha, New York or Singapore having opposed La Liga’s plan to take El Clasico to Miami or New York — an idea hated by CONCACAF, Major League Soccer, the US Soccer Federation and FIFA. 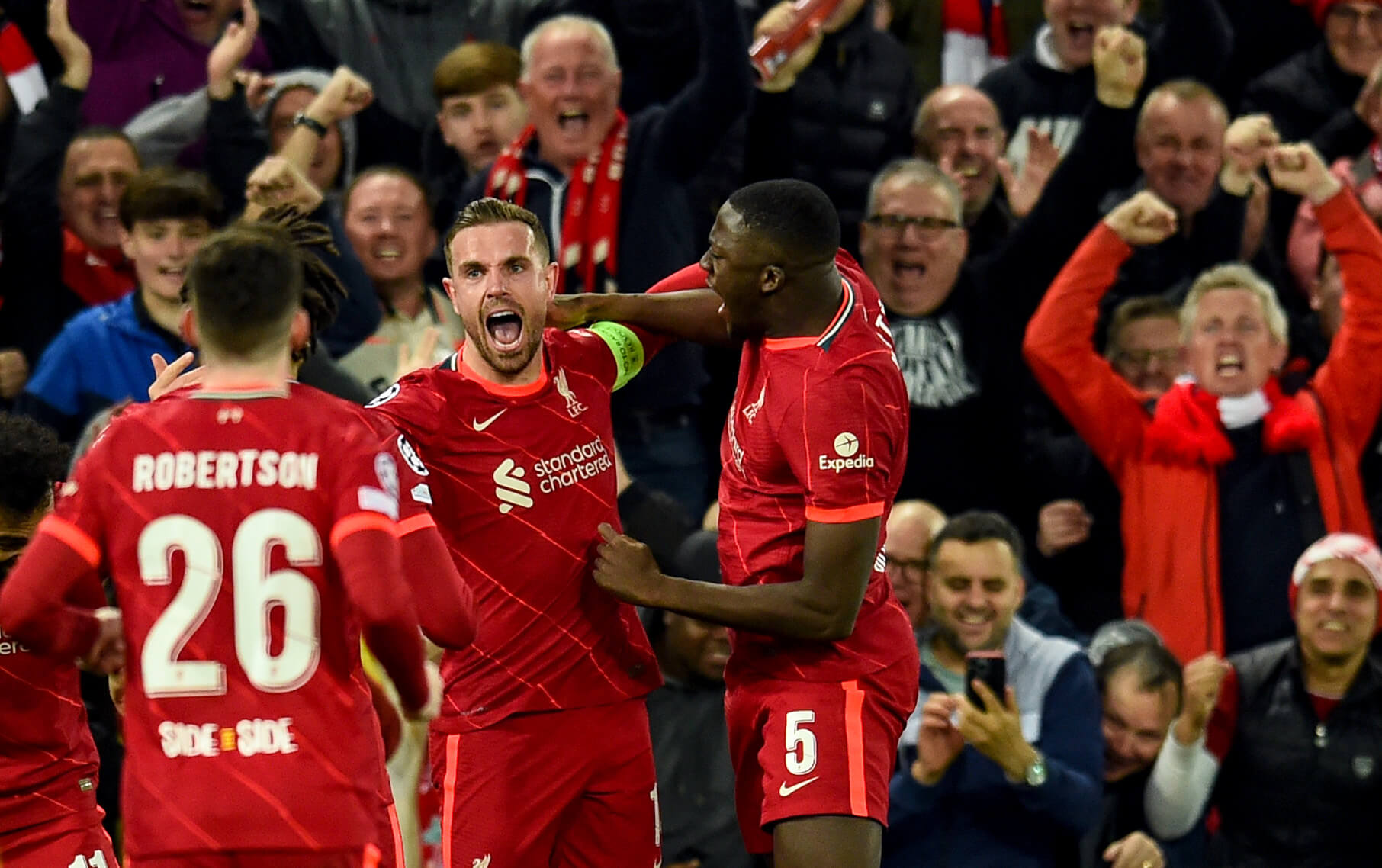 And how would your average fan even budget or plan for a trip that could involve perhaps one game and one night away, or two games and seven?

The Athletic has also spoken to several club bosses who made the point that moving to a final-four format means giving up two massive home games, which fill the hotels, bars and restaurants of their home cities and delight their sponsors.

Broadcasters would be giving up two games, as well. And not just any two games but two of the best games of the season.

“You would be going from five TV slots to three, which is the exact opposite of what UEFA and Team (its marketing partner) have been successfully doing since 1992 — which is multiplying the number of live TV opportunities,” TV rights expert Pierre Maes explains.

Finally, is anyone apart from those whose job it is to constantly be questioning if they might be leaving some money on the table thinking football would be better served without another helping of Manchester City and Real Madrid, or giving Villarreal a chance to show what they can do against Liverpool at their ground? Likewise, the atmosphere at Ibrox for Rangers against RB Leipzig is probably going to be up there in terms of things you want to experience before you die, and imagine how happy West Ham will be if they can turn that tie around in Frankfurt.

Are European club semi-finals a problem that needs fixing?

There is absolutely nothing wrong with Ceferin, Al-Khelaifi or anyone else wondering if there is a better way to do things.

It is also perfectly reasonable to say the “final eight” tournaments of 2020 went well and international football and the NCAA basketball championships prove holding the business end of tournaments in one place does create excitement, tension and the j-word.

But… there are a lot of buts.

“Hence, in a nutshell, it’s a good idea for competition organisers, as it provides a week of red carpets, but bad for clubs and fans,” says a boss of one of Europe’s elite clubs.

And that is why the idea is likely to remain an idea for the foreseeable future. That said, it should also be stated again that nobody wanted to go on the record as they shot it down for this piece.

So, it is a bad idea but not the worst and, in football, that can sometimes be enough.