Four years into their tenure on the Los Angeles Lakers, Shaquille O’Neal and Kobe Bryant had yet to advance to the NBA Finals together.

It looked like the 2000 season would be the year they finally got there, as the Lakers won a league-best 67 games in the regular season and were the prohibitive favorites to win it all going into the playoffs.

After a topsy-turvy first six games of the Western Conference Finals versus the Portland Trail Blazers, the Lakers would play for a trip to the championship series in Game 7.

To that point, the O’Neal-Bryant Lakers had a history of folding meekly in big playoff games.

Early on, it looked like that would be the case again. Although they trailed by just three points at halftime, it seemed they were down by more than that, as their offense was stilted and tentative.

The Lakers had lots of trouble overcoming Portland’s defense to get the ball to O’Neal in the low post, and everyone else, save for Bryant, was being overly cautious.

Late in the third quarter, the Blazers went up by 15 and displayed confidence that was bordering on arrogance.

It looked like it was all over for the Lakers. Of all their recent playoff losses, this was going to be the worst one, as they held a 3-1 series lead at one point.

But that’s when they charged back.

L.A. pecked away at Portland’s lead, while Portland suddenly became tentative themselves and went through a massive dry spell. The Lakers finally tied the game with four minutes left in the fourth quarter, and they never looked back.

The man who led the comeback was Bryant, who played perhaps his finest all-around game since coming to the NBA. He finished with 25 points, 11 rebounds, seven assists and four blocked shots while putting the Lakers over the top.

With 1:34 left and the score tied at 79, Bryant drew a foul on Rasheed Wallace and made both free throws. Moments later, he hit a jumper to put L.A, up by four.

After Scottie Pippen missed a 3-pointer, the Lakers rebounded the ball and gave it back to Bryant. He hit Pippen with a crossover dribble, then threw an alley-oop pass to O’Neal for one of the most iconic plays in Lakers history.

L.A. had finally gotten over the hump, and it had done so in Hollywood fashion.

It would go on to defeat the Indiana Pacers in the NBA Finals to win the first of three straight titles and five during the Bryant-Phil Jackson era. 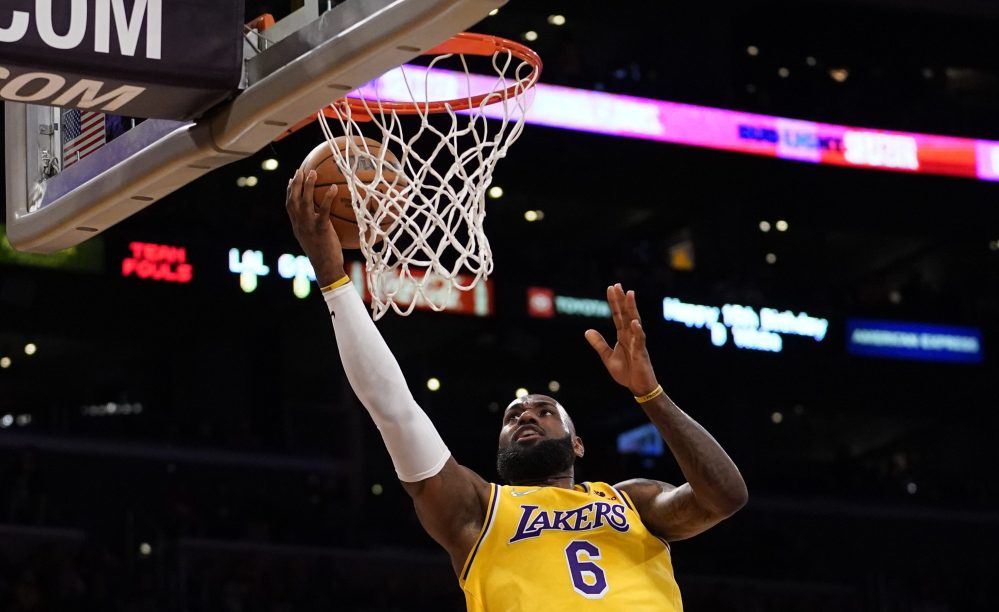