'There were some long nights': Godwin cherishing another NFL chance with Titans - LaGrange Daily News - bdsthanhhoavn.com Skip to content 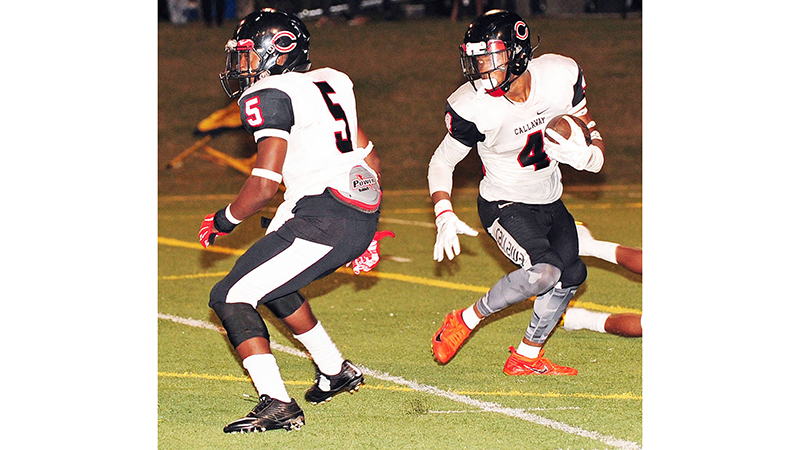 Troup County’s own Terry Godwin is getting another shot in the NFL as he signed with the Tennessee Titans last week. This is an opportunity Godwin did not know if he would ever get earlier in the offseason after he was released by the Jacksonville Jaguars.

“I knew God would open up another opportunity whether that was through football or another route,” Godwin said. “There were some long nights. I prayed. I cried. I talked with my family and hey, look where I’m at now.”

Godwin got his chance at the big time when the Jaguars promoted him to the active roster back in 2020. Godwin caught 3 passes for 32 yards across three games when he was active in 2020. Godwin went into 2021 believing he had a chance to build on his success in the prior season, but it was not to be. Godwin suffered a devastating lower leg injury in the offseason that kept him out for the whole season.

“You got out there and bleed, sweat and cry with those guys, and there out there working hard, and you’re not able to go out there and get that feeling anymore,” Godwin said.

The physical hurdles on his road to recovery were tough, but it was the mental obstacles that proved the most challenging for Godwin.

“The physical aspect wasn’t that bad, what really took a toll on me was the mental part,” Godwin said. “Physically, the trainers and the whole team are going to try and get you there.”

Godwin had to learn to trust his body again when he got back on the football field. After being out for so long, it was difficult for him to put the injury in the back of his mind at first.

“When I first started running and cutting, I felt like I wasn’t myself,” Godwin said. “To feel like that was crazy.”

Godwin has not let his injury be an excuse. He has worked his tail off to get back on an NFL roster. Now, as a member of the Titans, he wants to repay their faith by performing at his top level.

He is hoping to see his number called this season regardless of what capacity.

“DJ (Chark) took me right under his wing,” Godwin said. “He had been there two years, and we just connected and then Laviska Shenault came in as a rookie and connected with us.”

Chark departed the Jaguars this offseason, but these two guys combined with another former Jaguar – Keenan Cole – helped Godwin adjust to life in the NFL.

While they helped Godwin adjust once he got to the big time, it was Callaway High School and head coach Pete Wiggins that helped mold Godwin into the man he would become.

“That’s a place I will never forget,” he said. “That’s where I laid my foundation at. Just being able to represent Callaway and Pete Wiggins is amazing. Not too many people know about Hogansville, Georgia so for me to help put them on the map and put them on my back and represent them means a lot to me.”