Those of us who were teenagers in the 1980s or 1990s will remember Sun In, the hair-lightening spray that promised sun-kissed blonde highlights but often left us channelling Worzel Gummidge.

Given its reputation for turning brunettes orange and drying our hair, it’s a wonder we recall it with such fondness. But we can’t forget spritzing our hair, then baking in the sun so the crucial ingredients — hydrogen peroxide and lemon juice — could work.

You can still buy Sun In, although the formula has changed (it’s owned by a different company).

But for those who loved their sunshine in a bottle, good news: a new generation of high-tech hair-lightening products has hit the shelves — good timing for those of us who, in these straitened times, can no longer justify getting highlights every eight weeks. 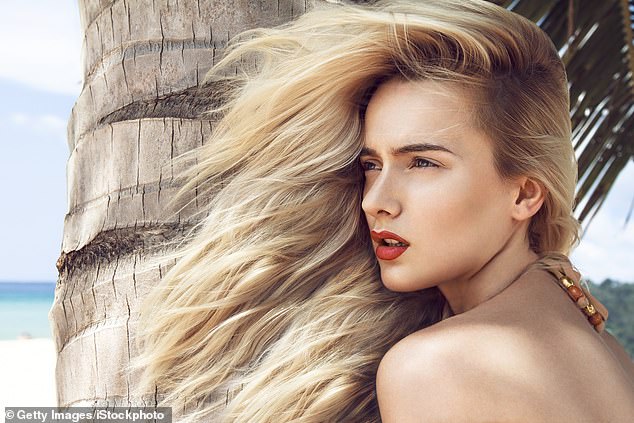 Some of the new lighteners still contain hydrogen peroxide and lemon juice, but have kinder formulations. ‘Manufacturers are able to get similar lightening responses from combinations of different ingredients,’ says hairstylist Christel Lundqvist, who looks after ultra-blonde stars Pixie Lott and Ellie Goulding.

But even with the new products, there are dos and don’ts, says London-based colour expert Chad Maxwell. ‘You don’t want to be spraying daily, as these products are usually designed to have a gradual and permanent effect, so you could end up with over-lightened, straw-like hair.’

He advises using lightener once, then waiting a week: ‘Everyone’s hair has a different level of porosity. Some will see quick results; others will take longer.’

So, how do the posh new lighteners measure up? 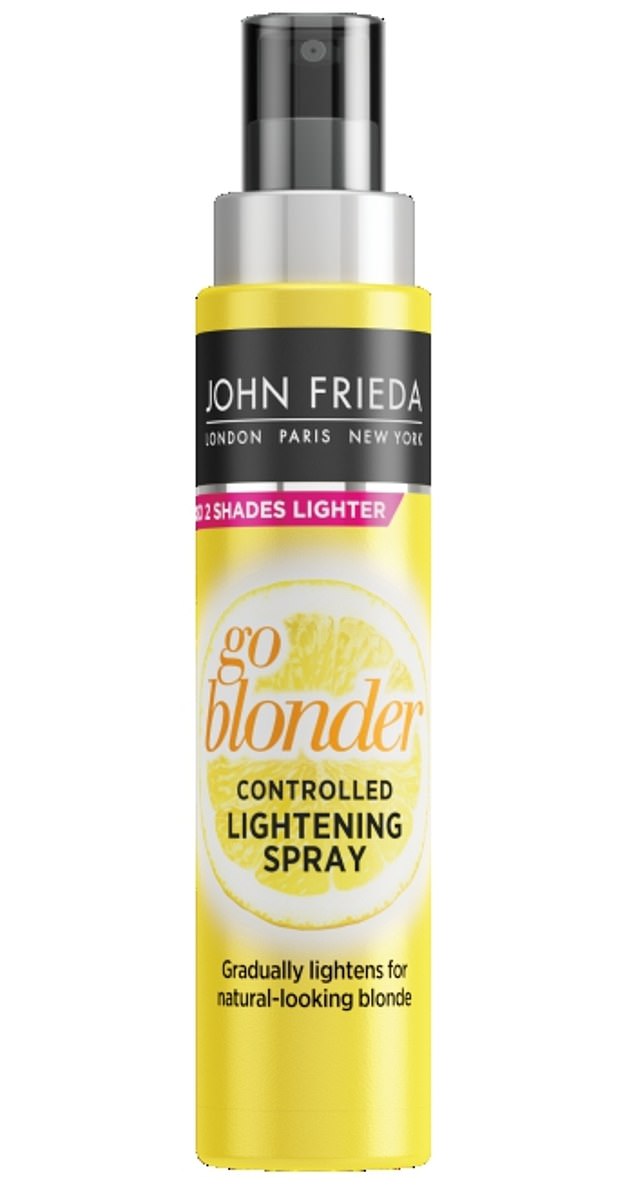 How it works: Spray onto towel-dried hair, then blow-dry and preferably straighten or curl afterwards, as heat activates the ingredients. It’s designed to lighten hair after three to five uses, with maximum lightening after no more than ten uses. It comes with plenty of warnings: don’t use more than once between hair washings or ten times between colourings. Those with brown or dark hair are warned not to use it (reviews say it can give brown hair a gingery tone), as are natural platinum blondes and those with intensively bleached hair.

Expert verdict from Chad: ‘This is the most chemical-based product I looked at: it has hydrogen peroxide and lemon-peel extract as lightening agents. It’s also the one where you’re most likely to see noticeable results. The ingredients react to heat and light — worth bearing in mind if you don’t want too bold a change.’ 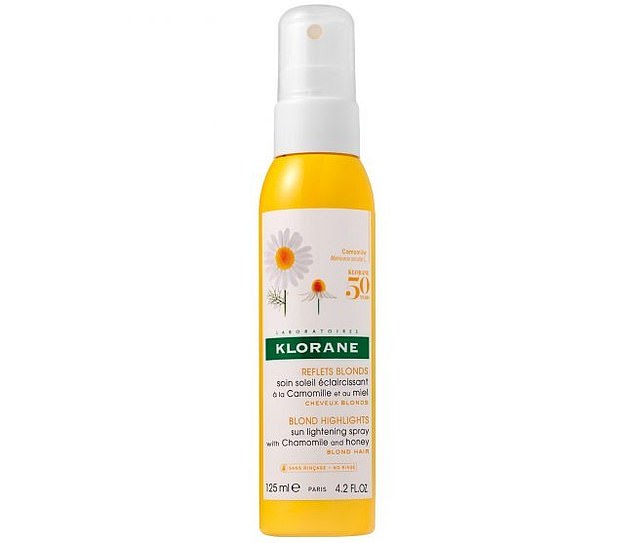 How it works: The main lightener in this spray is chamomile flower extract, which contains the pale yellow Apigenin pigment. There’s also honey, which has an enzyme that can produce tiny amounts of peroxide. It’s paraben and silicone free, and can be used on chemically treated hair. Spray onto towel-dried hair, then dry.

Expert verdict: ‘There’s no hydrogen peroxide, so this is at the gentler end of the spectrum. It will enhance natural highlights, rather than change your hair colour, and contains castor oil for conditioning, so it shouldn’t leave hair dry.’

How it works: Oribe is the luxe, celebrity favourite, U.S. haircare brand created by the late Oribe Canales, who earned his scissors as Jennifer Lopez’s hairstylist. Mist it on either damp or dry hair, then sit in the sun or blow dry. Suitable for natural or dyed blonde hair — step away, brunettes — and they advise first-timers to use it daily for 3-5 days for best results. It’s a gentle formulation with a focus on natural ingredients including lemon juice and chamomile to lighten, and coconut water and aloe leaf extract to hydrate.

Expert verdict: ‘I use Oribe products regularly on celebrity clients and they always deliver. This spray will give you a natural and expensive-looking result, with the option to build it up as you wish. The hydrating properties in the coconut water and aloe leaf will help with shine and the lemon juice and chamomile will imbue a sun kissed, “just-back-from-holiday” look. Expensive, but worth it.’ 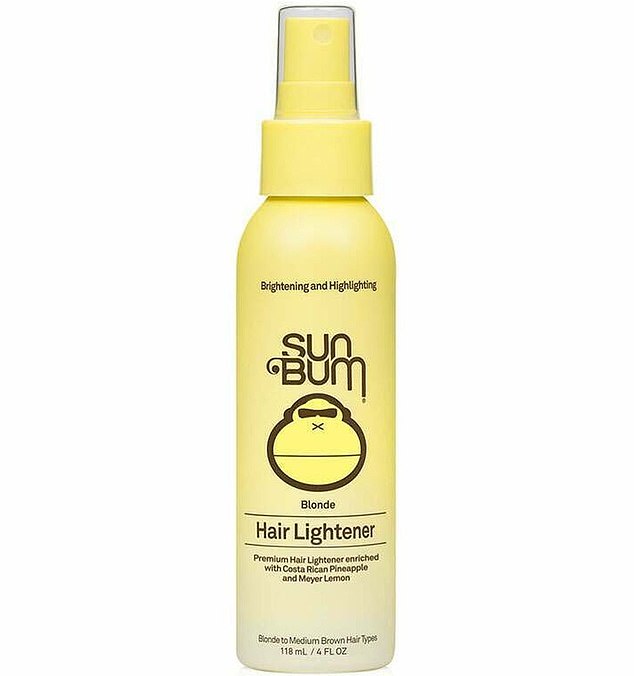 How it works: Much like Sun In. Spray into damp hair — all over for whole head blondeness or on selected strands for highlights — and head outside on a nice day. It contains hydrogen peroxide, lemon and pineapple, and is popular with surfers. Its makers recommend not to use it more than once between washes, to avoid dryness.

Expert verdict: ‘This one is UV-activated — it intensifies the natural lightening process that happens when your hair is in the sun. The ingredients will give you quite a bit of lift. Bear that in mind before applying and consider how long you plan to be in the sun that day.’