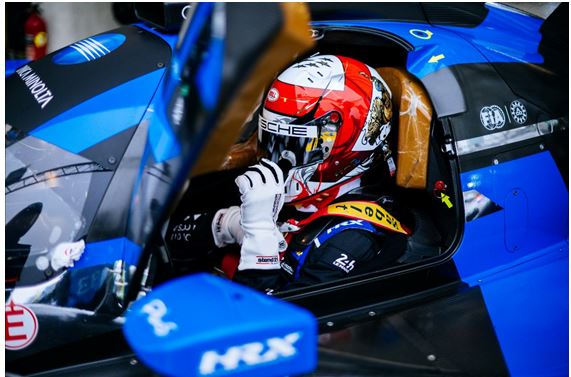 Porsche Motorsport Asia Pacific Selected Driver Yifei Ye put in an excellent performance at the 24 Hours of Le Mans to help COOL Racing to a seventh-place finish in the LMP2 category.

Racing alongside German driver Niklas Krütten, Ye’s European Le Mans Series (ELMS) teammate at the Swiss squad, and two-time Rolex 24 at Daytona winner Ricky Taylor, the Chinese star was on the pace throughout at the Circuit de la Sarthe.

Following the official Test Day on Sunday 5 June, the track action at the 13.626-kilometre circuit began on Wednesday. Ye took control of the #37 Oreca 07 for that evening’s qualifying session, and was sitting 12th when a red flag was waved for an incident, halting the session. When qualifying resumed, rain had begun to fall, making it impossible for Ye or any of his competitors to improve.

American Taylor started the race in the #37, with Ye taking over an hour and a half in. The 21-year-old was immediately on the pace, making two excellent overtakes as the team progressed through the field. He returned to the car during the evening and the night, staying out of trouble as the race progressed. By the morning, the pattern of the race had been set, with the trio each performing strongly before Ye took the final stint to secure seventh at the chequered flag. 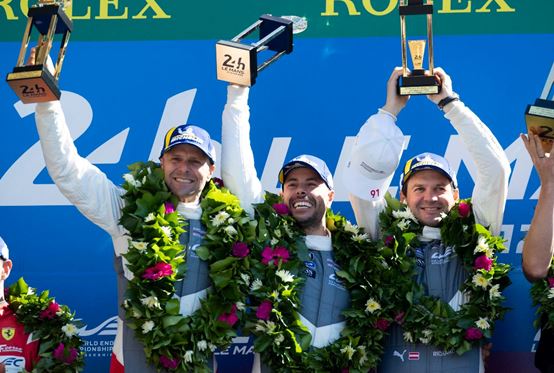 The #91 and #92 factory Porsche entries qualified side by side on the second row of the LMGTE-Pro grid, with both quickly making their mark on the race. The #92 took the lead on Saturday evening, but it was the #91 driven by Gianmaria Bruni, Richard Lietz and Frédéric Makowiecki who crossed the line first to take the German marque’s 109th class win at Le Mans. 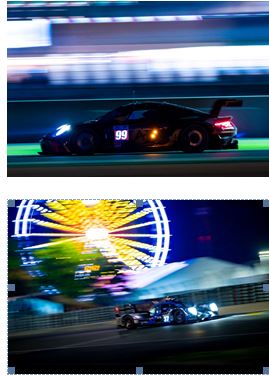 Competing in the #99 Porsche 911 RSR, Belgian racer Picariello qualified the car in 11th, before an excellent start saw him briefly take the lead of the LMGTE-Am class in the first hour. The trio kept it clean overnight and were challenging for a podium finish before Haryanto went off track just over an hour to go. He managed to return to the pits without damage to the car, allowing Picariello to complete the race, finishing in 11th.

Yifei Ye, #37 COOL Racing Oreca 07: “It was a really eventful race and it’s a performance we should be very proud of. P7 is a strong result, I had some great fun in the car, making overtakes and setting some good lap times in the day and night. We’re not racing in WEC, which meant it was always going to be difficult against the other top teams, so we should be happy.

We had some issues with tyre failures, so did other teams but we lost quite a bit of time. My teammates and I did our best to make up time and we were on the pace for most of the race, but the podium was out of reach today. We improved a lot throughout the week, and I’m really happy to finally finish at Le Mans! I really enjoyed the event with the team and I’m looking forward to having a good rest before coming back even stronger at Monza in July. A big thanks to Porsche Motorsport Asia Pacific for their support and to COOL Racing for all their incredible work this week.”

Andrew Haryanto, #99 Hardpoint Motorsport Porsche 911 RSR: “There’s nothing in motorsport quite like Le Mans and I’ve had a great week with the team here. Alessio and Martin both performed amazingly in the car to put us in a great position heading into the final stages. I was pushing really hard to pass the car in front, but unfortunately I made a mistake and got stuck in the gravel trap. 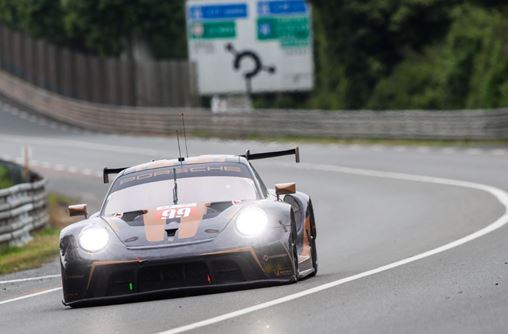 I’m really sorry to the team, they put everything into this weekend and deserved a better result. Despite the finish not being what we were aiming for, I’m still so proud of the crew and my fellow drivers, it’s been an amazing week and I hope we can return again soon.”

Alessio Picariello, #99 Hardpoint Motorsport Porsche 911 RSR: “It was a great feeling to return to Le Mans this year. It was unexpected and a last-minute decision but I was so excited when I found out I would be driving. The first hour was amazing fun, racing on this track is special but it’s even better when you get the chance to make some overtakes.

We had a really good car, the team worked incredibly hard and I’m very thankful to them for their efforts. I would love to return here next year, but now we have to focus on the rest of our ELMS campaign.”

Martin Rump, #99 Hardpoint Motorsport Porsche 911 RSR: “My first Le Mans has been an incredible journey. I’ve been trying to take it all in this week, enjoy it and learn as much as possible in the process.

Together with an experienced team who did a great job all week, it was really inspiring for me to drive and give everything. To drive a Porsche 911 RSR at Le Mans is a dream come true for me, and I hope I can return and do it again.” 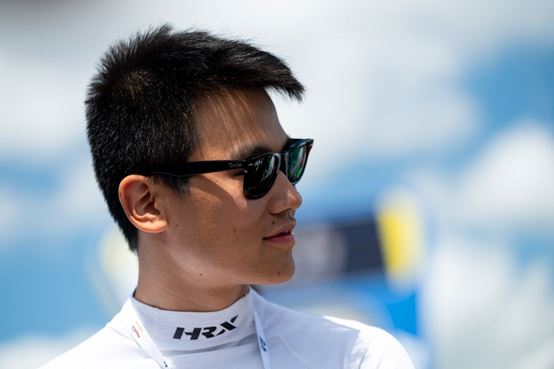 Alexandre Gibot, Managing Director Porsche Motorsport Asia Pacific Ltd.: “First of all, congratulations to the drivers and crews for finishing the race. Just to complete the 24 Hours of Le Mans is an outstanding achievement and something to be very proud of.

It’s always brilliant to see Porsche on the top step of the podium at Le Mans, so we were delighted when the #91 factory effort crossed the line to win the LMGTE-Pro category in Porsche’s and the 911 RSR’s final entry in that class. Yifei had a great race, he was consistently on the pace.

He made no mistakes during his time in the car and helped the team to a strong result in P7, proving his talent and showing great potential for the future. Absolute Racing’s ELMS trio also put in a great performance for Hardpoint Motorsport, so hopefully they can use this as a springboard for the rest of their ELMS campaign. Well done all, and now we look forward to next year!”


The Richard Mille Racing Team in the final stretch


•    Charles Milesi, Lilou Wadoux and Sébastien Ogier survive the Le Mans night •    The Richard Mille Racing Team is still in contention for the top ten  •    The crew continues to attack with six hours to the finish more >>


•    Alpine Elf Endurance Team enters the home stretch of the 24 Hours of Le Mans.•    During the night, the No. 36 Alpine A480 patiently moved up the order before returning to the garage for the third time after running off track. •    The team is targeting the finish to secure valuabl more >>


•    The 90th edition of the 24 Hours of Le Mans started at 4 pm on Saturday.•    Alpine Elf Endurance Team experienced a challenging start to the race with a penalty and two interventions on the A480.•    Nicolas Lapierre, André Negrão and Matthieu Vaxiviere hope to move more >>


•    The 2022 24 Hours of Le Mans started on Saturday at 4 pm •    The n°1 Oreca-Gibson put in an excellent start with Charles Milesi and Sébastien Ogier behind the wheel  •    As the sun began to set, the Richard Mille Racing Team was into the top ten more >>


TOYOTA GAZOO Racing’s two GR010 HYBRID Hypercars were locked in a close battle at the front of the 90th Le Mans 24 Hours after six hours of intense competition at the Circuit de la Sarthe. After a quarter of the race, the #7 GR010 HYBRID of more >>


Strong start at Le Mans for Porsche and its customer teams


Glickenhaus takes on the Le Mans 24 Hours with Forzo


There are some races which, simply put, are staples of the motorsport world. Formula 1 has the Monaco Grand Prix, US racing the Indy 500 and Talladega. For endurance racing fans, there are iconic events such as the Nürburgring 24 Hours, Sebring, Bathurst. more >>


The Richard Mille Racing Team just a heartbeat from the hyperpole


•    The starting grid of the 2022 24 Hours of Le Mans is now set  •    Charles Milesi signs the best qualifying performance at Le Mans in the Richard Mille Racing Team history •    The No. 1 Oreca-Gibson will start from 12th place on the grid, and seventh in the LMP2 category  more >>


•    The pace quickened on Wednesday and Thursday with free practices, qualifying and the 24 Hours of Le Mans Hyperpole.•    Nicolas Lapierre put Alpine Elf Endurance Team on row two of the grid with an exceptional lap in the Hyperpole.•    The team completed its preparations by running more >>